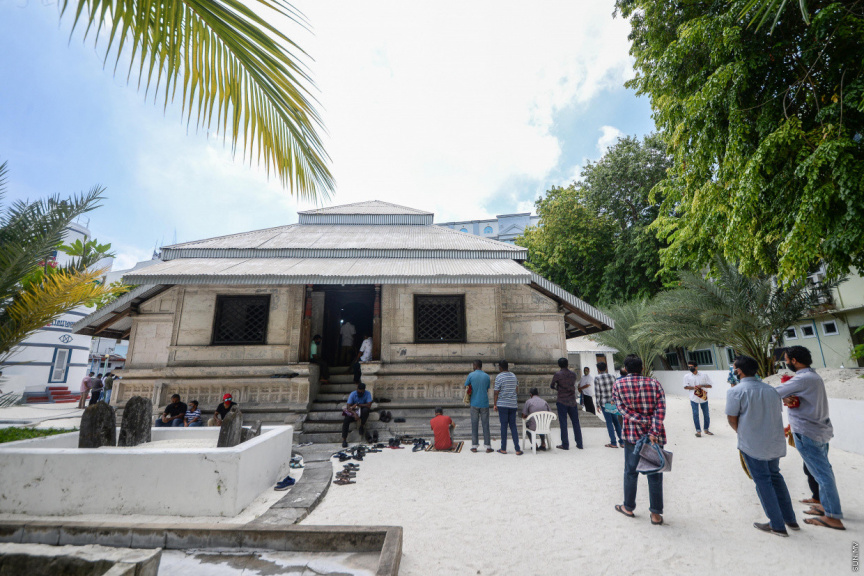 The historic Hukuru Miskiy (Friday Mosque) in Male’ City has been reopened after temporary closure due to a fire.

The fire incident took place at approximately 09:00 pm on October 28, when an electrical short circuit resulted in a fan catching fire.

“The Male’ Friday Mosque was reopened to the public starting Fajr prayer after taking all measures necessary at this time,” he said.

Naail previously stated that the fire resulted in some damage to the coral stone and woodwork inside the mosque.

He told Sun on Thursday that there was only minor damage to coral stone.

However, a wooden slab with verses of the Quran was partially burned in the fire.

“The national center for protection of historical artifacts is looking for ways to restore it,” said Naail.