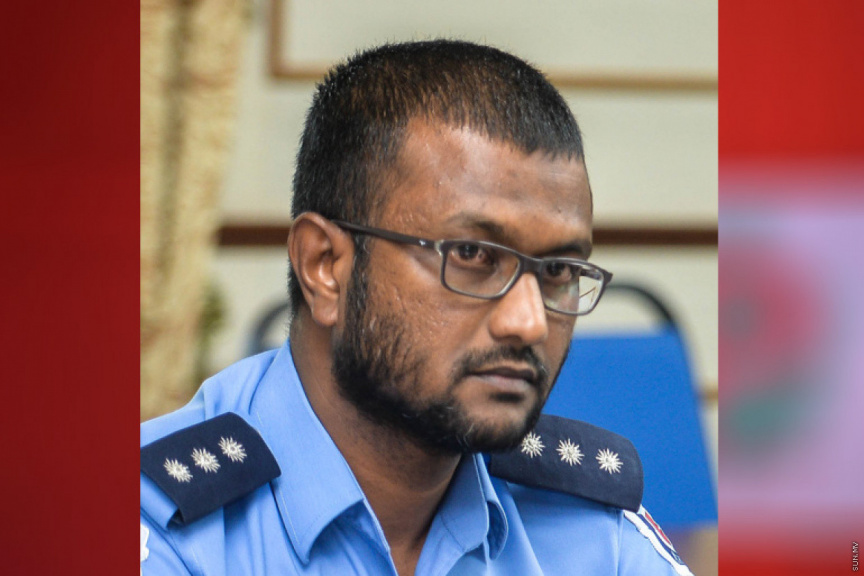 Ismail Nadheem, 37, B. Hithaadhoo, passed away while undergoing further treatment at Indira Gandhi Memorial Hospital (IGMH) at around 6:55 in the evening yesterday – after suffering a heart attack.

Nadheem suffered a heart attack whilst playing the inaugural match in the futsal tournament ‘Hashiheyo’; one that is held amongst government institutions and companies at B. Eydhafushi.

B. Eydhafushi Council President Mohamed Fathih who was spectating the match as a special guest told Sun that Nadheem was his team’s goalkeeper. He further detailed that Nadheem had gotten first-aid during the first half – after which he continued to play.

“He did get on the field for the second half too. Halfway through he sat down. Then he laid down. Dr. Saalih attended to him at the moment. He is a senior doctor at Eydhafushi Hospital,” he added.

Fathih further detailed that Nadheem’s condition deteriorated whilst he was being at Eydhafushi Hospital – following which he was brought in emergency to Male’ City for further treatment in the early hours of yesterday.

He also noted that Nadheem’s treatment had not stopped during the transfer – and that he was hooked to all necessary medical equipment during.

“He is a very kind-hearted person. I have worked very closely with him. On behalf of Eydhafushi Council and Eydhafushi residents – I sent condolences to Nadheem’s family,” he added.

Nadheem’s funeral prayer was held after Fajr prayer this morning.

With Nadheem’s death – Commissioner of Police Mohamed Hameed declared that the Police flag will be flown half-mast in his honor.