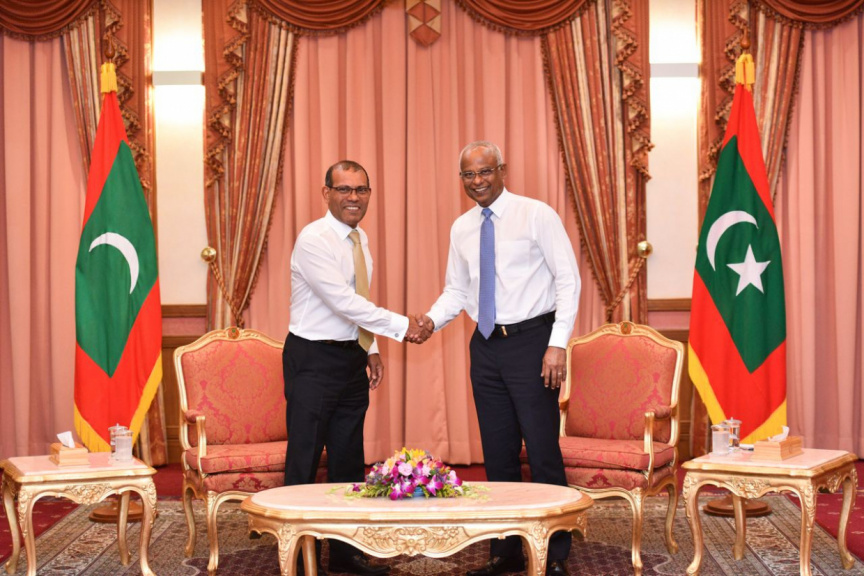 Parliament Speaker, former President Mohamed Nasheed – who returned to Maldives earlier this October after four months overseas recovering from injuries he sustained in an assassination attempt – has called on President Ibrahim Mohamed Solih for discussions.

The meeting took place at the President’s Office on Sunday afternoon.

According to the President’s Office, President Solih and Nasheed - the leader of ruling MDP - discussed a wide range of issues, including the Maldivian economy, climate change, and measures to protect the environment.

President’s Office said Nasheed also discussed and exchanged opinions regarding a potential change in the system of government in Maldives.

He also said that he will continue to work with President Solih.

MDP, and Nasheed himself, has previously admitted to political differences between him and President Solih – who he has been friends with since childhood. Nasheed said in July that he could no longer work with the President in politics.

MDP chairperson Hassan Latheef admitted in August that the party was working on resolving the differences between the two leaders.

Nasheed has changed his stance since returning to Maldives, and has publicly praised President Solih’s policies.

BML announces the appointment of new Board Directors