Preschool with a capacity of 750 students opens in Hulhumale’ 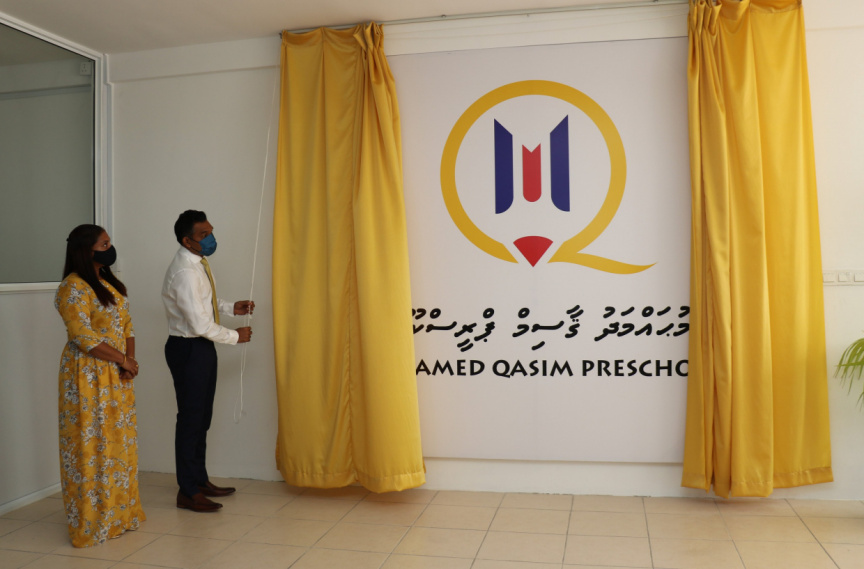 A new preschool under the name ‘Mohamed Qasim Preschool’ has been inaugurated at Hullhumale’ Phase I.

The preschool was officially inaugurated by Vice President Faisal Naseem during a special ceremony held this morning. The ceremony was also guested by Education Minister Aishath Ali.

According to Education Ministry – the development Mohamed Qasim Preschool was funded by the private citizen; after which it has been donated to the government.

The school comprises of 10 classrooms, a hall, a music room, a computer room, a staff room, a principal’s room and an office.

At the time of inauguration – Mohamed Qasim Preschool has 22 students admitted, alongside six teachers, two administrative staff and four support staff. However, the school can capacitate up to 750 students.

Education Ministry is still accepting admittance forms and transfer requests for Mohamed Qasim Preschool. On this note, they have instructed to use this link to submit the application. The Ministry further detailed that transferring students will be able to wear the uniform of the school they had been attending prior to this for the time being.

Mohamed Qasim Preschool is located next to the building Autism Association is situated at in Hulhumale’ Phase 1.