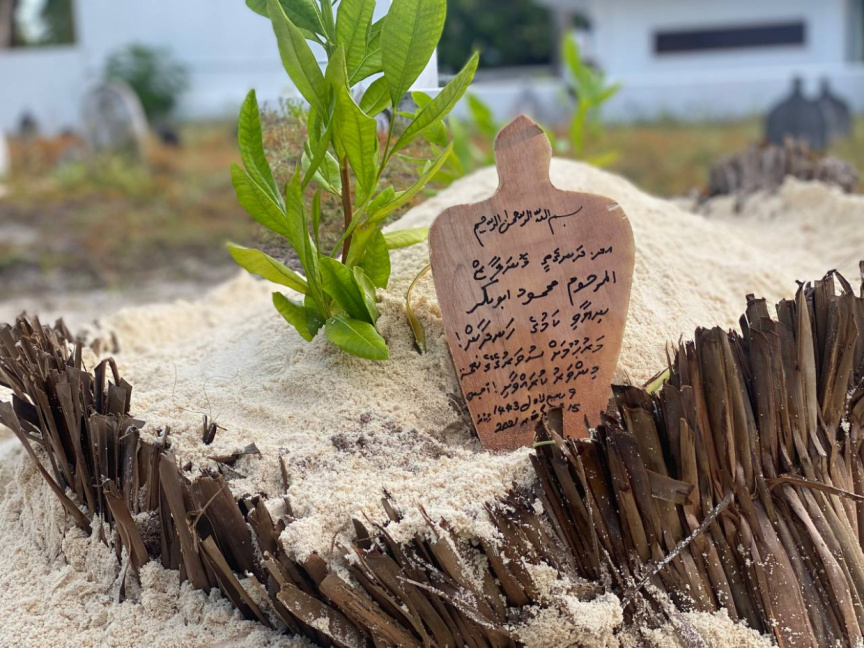 The body of Mahmood Aboobakuru who was found murdered inside a well at ADh. Dhangethi has been buried ahead of Magrib prayer as scheduled - subsequent to foul odor starting to emit from the body following its decomposition.

“Yes. Decided to bury the body early because of foul odor. The burial process just finished – and am still at the cemetery,” he had said.

His body was brought to Male’ City for forensic examination at dawn today. Upon the conclusion of the examinations, the body was sent back to Dhangethi.

57-year-old Mamood was found murdered during a search for him – after having been declared missing. Dhangethi residents commenced an island-wide search at 10:00 am yesterday morning. His body was discovered during the search at around 15:15 in the afternoon – inside a water well at an abandoned house. His body was stuffed inside a sack and tied up.

The Police said that they have made no arrests regarding the murder at present. However, Dhangethi residents have accused two individuals of the murder – whom they had sought out after the discovery of the body and handed over to the Police. Subsequently, the two individuals have been granted police protection.

Additionally, a woman who is related to the two individuals has also been granted police protection.