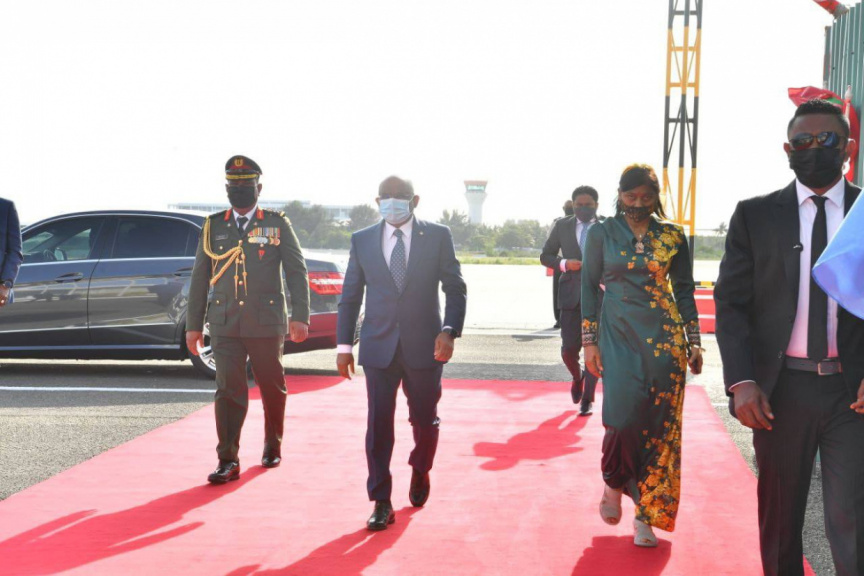 Maldivian Foreign Minister Abdulla Shahid has arrived in the Maldives on an official visit in his capacity as the President of the 76th Session of the United Nations General Assembly (PGA).

Shahid was welcomed by the President’s Office’s Chief of Staff Ali Zahir and some of the cabinet ministers upon his arrival at Velana International Airport.

During this trip, Shahid will call on the President Ibrahim Mohamed Solih, Deputy Speaker of the Parliament Eva Abdulla, Chief Justice Ahmed Muthasim Adnan and Defense Minister Mariya Ahmed Didi. He will also meet the UN Country team in the Maldives.

Shahid’s visit to Maldives is in response to an invitation extended by Presdient Solih. The President extended an invitation for Shahid to visit Maldives in his capacity as the PGA on September 21 – during a meeting held between the two on the sidelines of President Solih’s recent trip to the United States to take part in the 76th Session of the United Nations General Assembly in New York City.

Shahid was sworn in as the President of the 76th Session of UNGA on September 14.