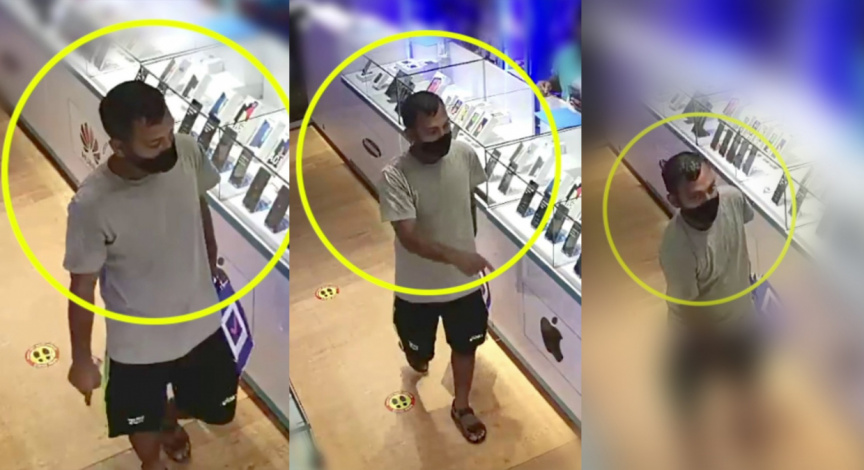 Screengrabs from video footage of a suspect wanted by police in connection to a stolen cash card. (Photo/Maldives Police Service)

Police are looking for a man believed to have used a stolen cash card to purchase a large quantity of mobile phones.

Police released a video clip from CCTV footage of the man taken from inside a shop on Tuesday, and asked for the public’s assistance in identifying the man.

According to the police, the man is suspected of stealing a cash card from the Artificial Beach area in Henveiru district of Male’ City on September 19.

He is suspected of purchasing a large quantity of mobile phones using the stolen cash card.