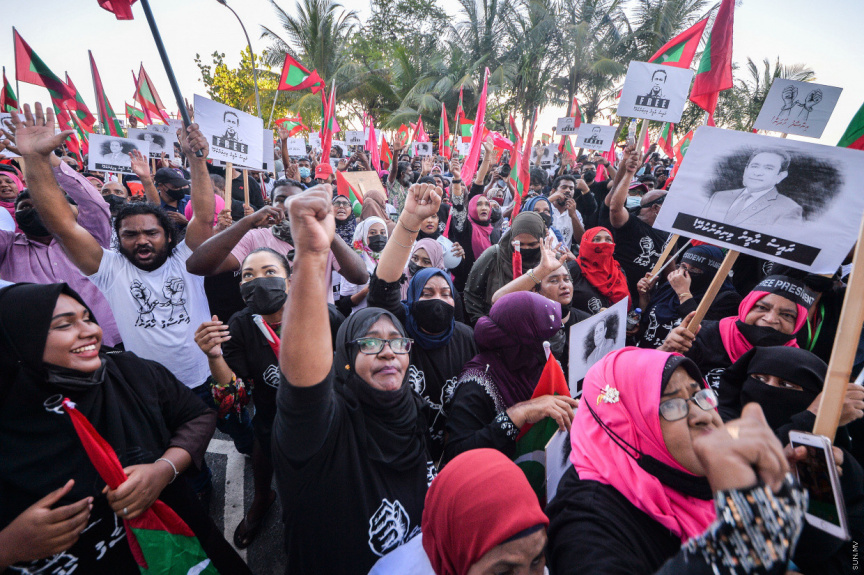 Progressive Party of Maldives (PPM) has sent letters to Parliament Speaker, former President Mohamed Nasheed along with several state and independent institutions appealing for an independent investigation into the viral audio clips in which judges involved in former President Abdulla Yameen Abdul Gayoom’s 2019 money laundering trial appear to suggest the conviction had been influenced.

PPM wrote in their letter that the audio recordings confirm its long-held claim that the conviction against Yameen was a ‘haram’ conviction issued by exerting political influence over the judges.

The main opposition party said that the illegitimate conviction against Yameen was denying him multiple constitutional rights he is entitled to.

“We therefore ask that you conduct an independent, fair and full investigation into the leaked audios, including a forensic analysis, and do what is necessary to establish the origin of the audios in order to reveal the truth regarding the conviction issued by the Criminal Court against President Abdulla Yameen Abdul Gayoom,” wrote PPM in their letter.

The party asked that the investigation be completed before the appeal proceedings at the Supreme Court draws to an end.

PPM has sent a similar letter to the Prosecutor General’s Office earlier this week.

The audios are also under investigation by JSC, which, in a statement in late August, said that all the judges linked with the audios claimed the recordings were fake.