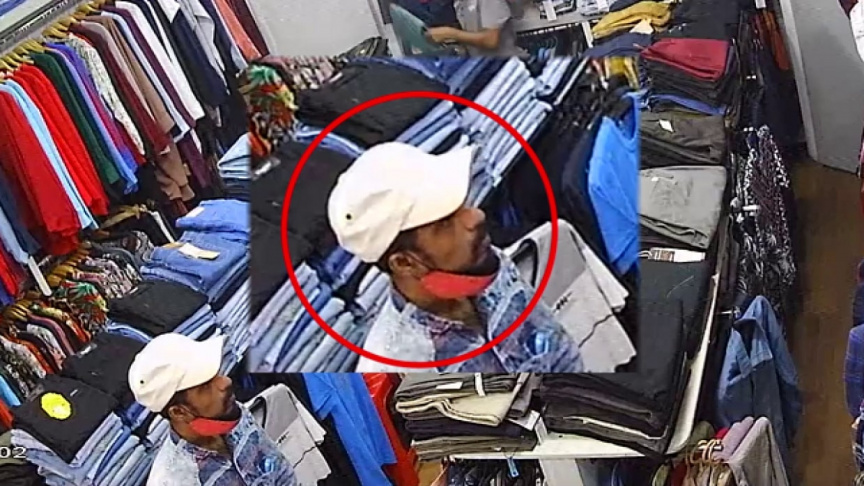 Screengrab from video footage of one of two suspects wanted by police in connection to a stolen debit card. (Photo/Maldives Police Service)

Police are looking for two men believed to have used a stolen debit Mastercard.

Police have released a video clip from CCTV footage of the two men taken from inside a shop.

According to the police, the two men are wanted in connection to a debit Mastercard reported stolen April 1.