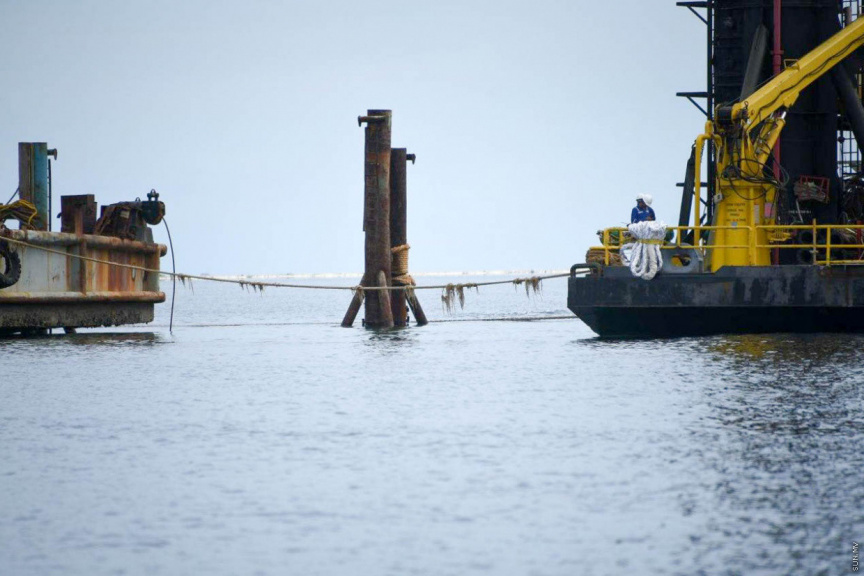 Equipment are transported to Maldives to conduct surveys for the Thilamale' bridge project. (Sun Photo/Ahmed Saeed)

Planning Ministry has announced the contract agreement with India’s Afcons Infrastructue Limited for the construction of the Thilamale’ bridge will be signed this week.

The bridge between the industrial island of Thilafushi and Male' City is part of the larger Greater Male’ Connectivity Project - which will also link the Maldivian capital with Vilimale' and Gulhifalhu.

The project is financed with a USD 400 million loan from India’s EXIM Bank, and is set to the biggest infrastructure development project in Maldives.

Planning Ministry previously stated that the agreement for the project will be signed this August.

State Minister for Planning Akram Kamaluddin told Sun this Tuesday that the signing is scheduled to take place on Thursday.

Planning Ministry has attributed the delay in the project to the ongoing COVID-19 pandemic. But stated that practical work will begin as soon as the agreement is signed.

President Ibrahim Mohamed Solih has stated that the project is expected to be complete in 2023, but that sections of the bridge that are completed will be opened even if the overall project remains ongoing.

Male’-Vilimale’ to be linked via bridge in July 2023

Thilamale’ Bridge to be complete in May 2024