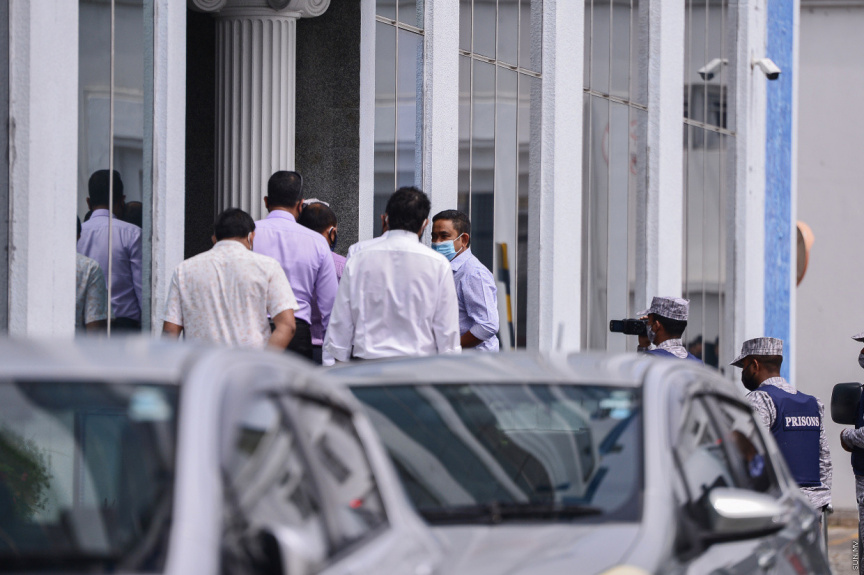 Former President Abdulla Yameen Abdul Gayoom’s lead lawyer, former Vice President Dr. Mohamed Jameel Ahmed states the opposition leader was summoned to the police headquarters on Saturday for re-questioning in connection to the case against him involving the sale of V. Aarah for resort development.

Yameen was summoned to police headquarters at 02:00 pm this Saturday. Police said he was summoned for questioning in a case linked with the Maldives Marketing and Public Relations Corporation (MMPRC) graft case.

In an interview to Channel 13, Jameel said Yameen was questioned in a case the police had already investigated.

“He was summoned to the police today in a case which was previously investigated. For re-questioning in the same case. That is, regarding V. Aarah. The case I mentioned was one for which President Yameen was already summoned, and which was investigated, signed and closed,” he said.

Jameel said that the police, in their decision to reopen the case and requestion Yameen, appear to be creating charges to prosecute the former president.

He also reiterated the opposition’s continued contention of Yameen’s innocence.

Police concluded their investigation into USD 1 million from the sale of Aarah being deposited to Yameen’s personal bank account, and requested the Prosecutor General’s Office for money laundering and bribery charges to be filed against him back in April.