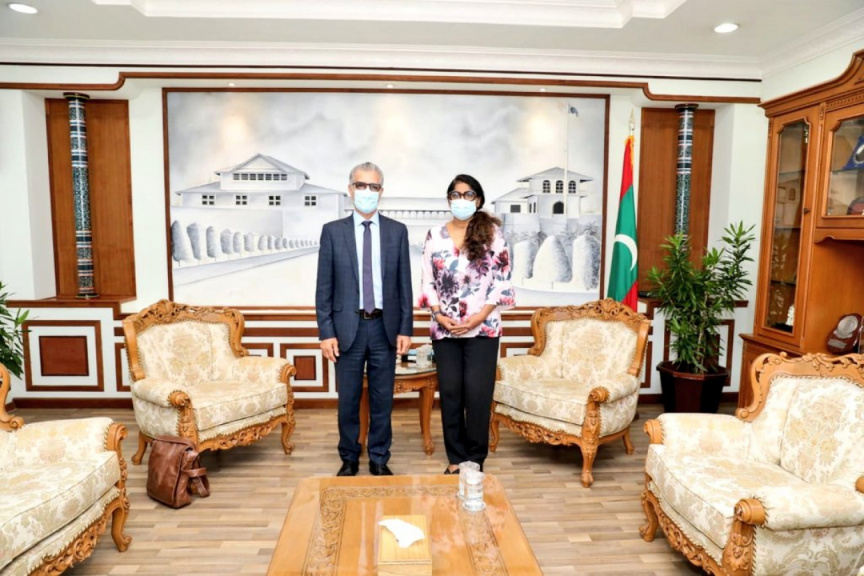 Special envoy appointed by the President to monitor the investigation into the targeted terror attack on May 6 which left Parliament Speaker, former President Mohamed Nasheed severely wounded, has met with Defense Minister Mariya Ahmed Didi.

The meeting comes after the Parliament’s Security Services Committee, which conducted an inquiry into Nasheed’s security breach in relation to the attack, found Mariya to have failed to fulfil her duties.

While the Defense Ministry has confirmed the meeting between Faiz and Mariya, no details have been disclosed.

The committee noted in its inquiry report that Mariya failed to take action, despite prior knowledge of an assassination attempt.

In a press conference attended by Mariya in May, MNDF said that they received no prior intelligence on the attack, and would have prevented the attack if they had.

However, it soon came to light that Hulhudhoo MP Ilyas Labeeb, a member of MDP, received information from a civilian regarding a USD 3 million contract  to assassinate Nasheed, and reported it to Nasheed, and at Nasheed’s instructions – to Mariya.

Mariya told the committee she did not take any action in response because it had been “a mere phone call”.

Nasheed’s family has accused Mariya of incompetence, and has demanded her resignation.

President yet to receive May 6 inquiry report