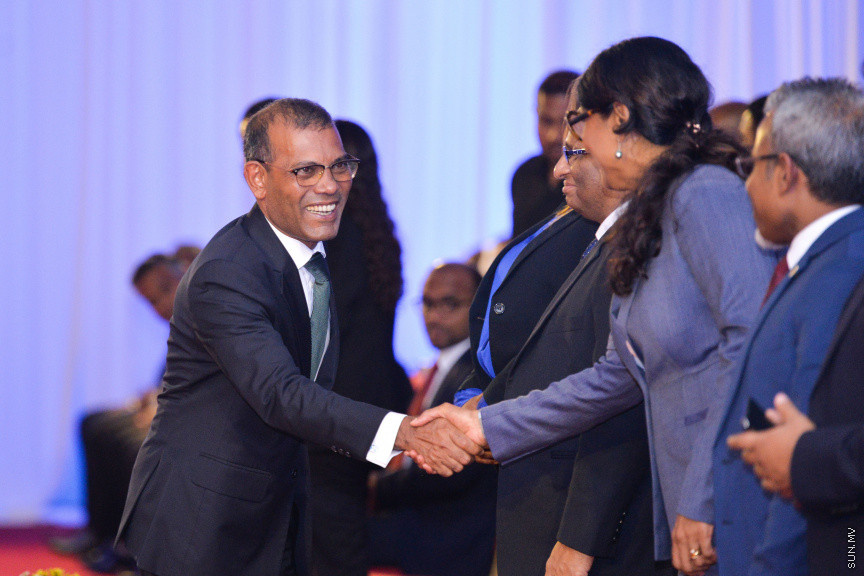 Speaker of the Parliament and former President Mohamed Nasheed’s family has asked for the resignation of Defense Minister Mariya Didi citing her failure to carry out her duties in connection to the IED attack outside the residence of Nasheed on May 6.

Nasheed was attacked near his residence in Male' City on May 6. He was wounded in the bomb attack which saw an IED attached to a motorcycle near his home detonated as he was getting into his car. Nasheed was critically wounded in the attack and is undergoing further treatment in the UK.

The Parliament’s Security Services Committee (241 Committee) had publicized the report on their inquiry into the matter last night. Commenting on the report, Nasheed’s brother Ahmed Nazim Abdul Sattar confirmed to Sun that the family believes that Minister Mariya should resign from her position.

“We are not saying that Minister Mariya has blood on her hands. But if she had carried out her responsibilities adequately, we believe that the attack could have been prevented,” he said.

Nazim then stated that MP for Hulhudhoo Constituency Ilyas Labeeb was passed on information by a civilian regarding plans of an attack on Nasheed – which Ilyas brought to the attention of Minister Mariya. Nevertheless, Minister Mariya’s failure to act on the information is a reason enough for her to resign from her position.

“MNDF received about nine reports that there would be an attack on Nasheed. Despite this, the Minister had failed to act on this. Hence, she must resign,” Nazim added.

Nazim also stressed that the family believed that MNDF’s Counter-Terrorism Unit must also be held accountable in addition to the Minister.

241 Committee’s inquiry report has highlighted that Minister Mariya had failed to take any action plans of an attack had been brought to her attention. The report also detailed that the attack was financed with a sum total of USD 3 million.

This information was passed on to Minister Mariya by Ilyas via a phone call following which he had requested Ilyas to report the matter to the police, himself.

Minister Mariya had defended herself for not following protocol – citing that she did not believe that information given over a phone call without any names or leads which can be pursued can be addressed as "credible, actionable intelligence".

Supporters of Nasheed has also been calling on the resignation of Mariya following the publication of the report by the 241 Committee.