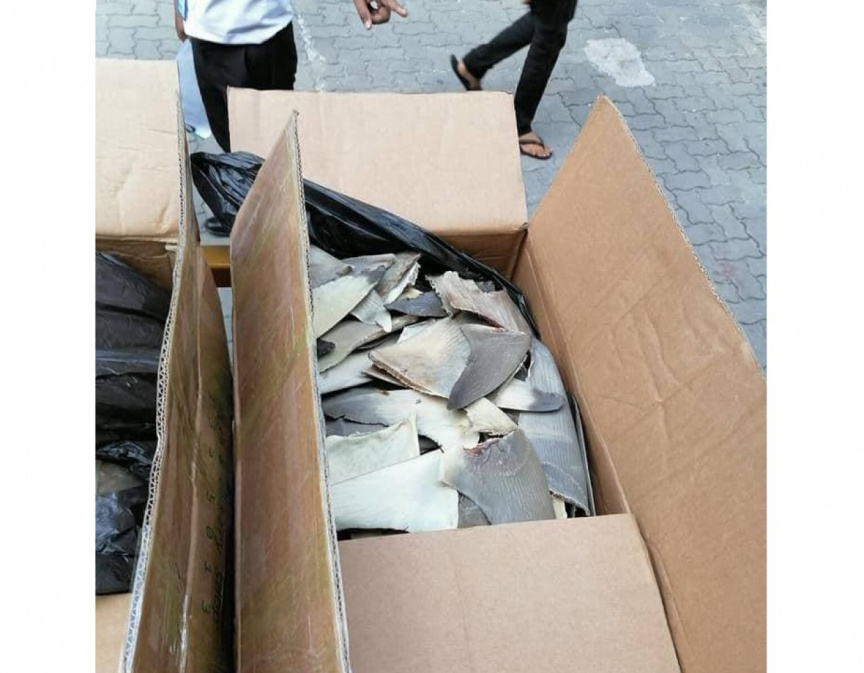 Prosecutor General’s Office has filed charges against two people involved in an attempt to smuggle shark fins out of Maldives back in January.

The two suspects charged in the case are:

The two suspects have been pressed with three charges. They are:

The shipment of shark fins was seized by Customs on January 3 this year. The shark fins weighed 429 kilos, and were packed in 21 cardboard boxes.