Islamic Ministry in discussions to resume congregational prayers in Male’ 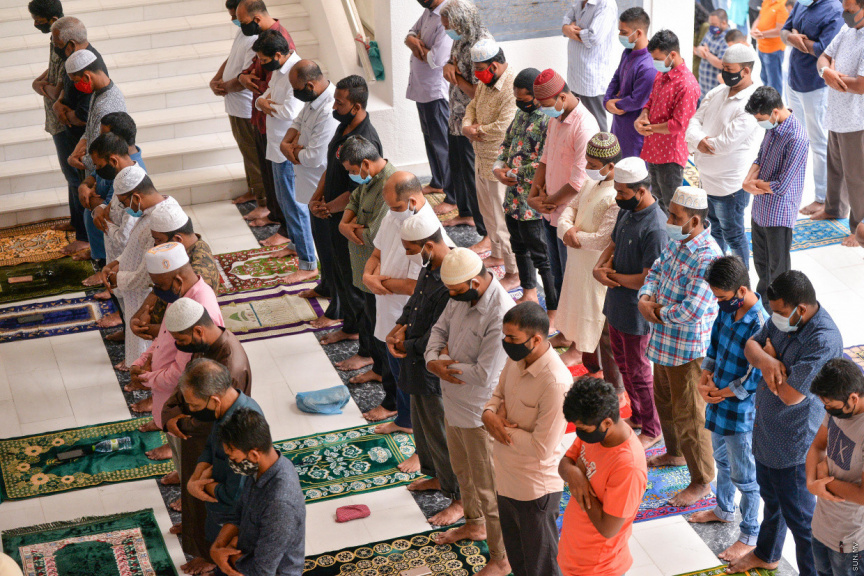 One of the measures taken to curb the spread of COVID-19 in the Greater Male’ Region is the prohibition of congregational prayers at mosques. Today, the Ministry of Islamic Affairs noted that discussions were presently underway to ease this measure.

A media official of the Islamic Ministry informed ‘Sun’ that resumption of congregational prayers would be seen to in the upcoming days. However, no specific date was said.

During April and May, the number of COVID-19 cases in the Greater Male’ Region saw a major increase. Consequently, the Islamic Ministry had announced the closure of mosques on May 26. Later on, some mosques were opened for persons to pray individually.

As COVID-19 cases have significantly decreased in the Male’ Region, authorities have eased the measured taken to curb the spread. This includes the decrease of the curfew hours and regulated hours for individual exercising.

During the period in which the mosques were closed, use of drugs by individuals at mosques came into light. The Ministry continues to work with Maldives Police Service to stop this. In line with this, police officers are placed as security at some of the mosques. Subsequently, such cases have decreased significantly now as per the Ministry.

Salman mosque ACs not fixed, no updates from ministry