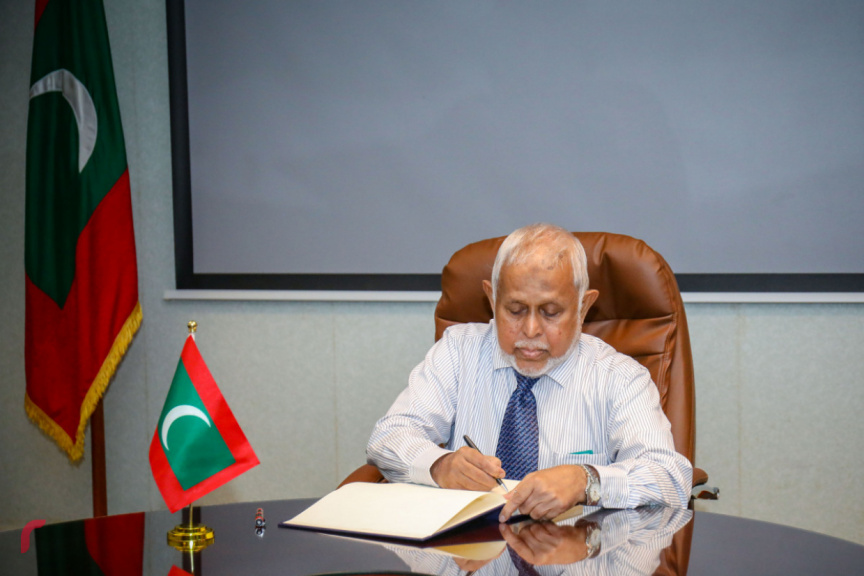 The Supreme Council for Fatwa of the Maldives is preparing to issue a ruling regarding the matter of female circumcision in the Islamic Religion.

The debate was sparked when Maldives National University (MNU), Assistant Professor Dr. Mohamed Iyaz, shared an article on the benefits of female circumcision published on the website, Islamic Questions and Answers. Massive public outcry have been observed against the issue and Dr. Iyaz on social media since then – including some religious scholars. Additionally, the public has continued to call on MNU to ban Dr. Iyaz from using social media.

Speaking to Sun, the President of the Supreme Council for Fatwa, Sheikh Mohamed Rasheed Ibrahim stated that no official request has been put in by the Islamic Ministry to release a Fatwa. However, he believes the Ministry is preparing to lodge their request with the Council upon which a Fatwa shall be issued within two to three days. Furthermore, a member of the Council, Sheikh Moosa Anwar Hassan has also commented to Sun that if the Ministry lodges a request, a fatwa on the matter will be released soon.

When asked whether Islamic Ministry had put in such a request, a ministry media official noted that such a decision has not been made yet. The official further noted that if the decision is made, it would be shared with the media.

Former President and religious scholar, Maumoon Abdul Gayyoom has also refuted Dr. Iyaz citing the ruling of an Egyptian Fatwa council. In addition to this, MP for South Galolhu Mickail Ahmed Naseem has lodged an issue with the Human Rights and Gender Committee of the People’s Majilis against Dr. Iyaz for encouraging the circumcisions of females. Dr. Iyaz has continued to defend himself on social media noting that the writing he shared was for academic purposes and not to encourage the practice.