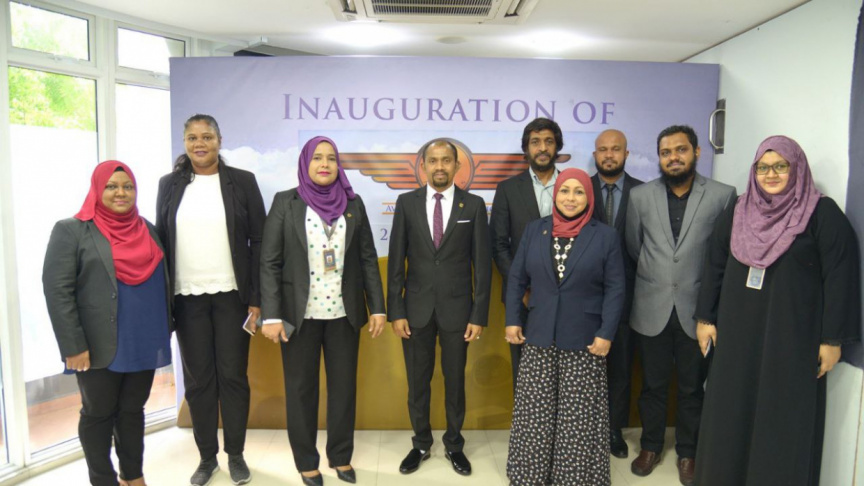 Avid College has acquired ownership of the Asian Academy of Aeronautics (AAA) Flying School in Addu City, and inaugurated the Avid School of Aviation.

The two companies signed the agreement for transfer of ownership in a virtual ceremony on Thursday. The agreement was signed on behalf of Avid College by chairman Abdulla Musthaq Rashad.

Speaking at the ceremony, Musthaq said it marks the first time for a local company to launch a private flying school.

“Under the agreement signed today, we have taken over all assets and full ownership of AAA Flying School in Addu. Our mission is to cooperate in finding a solution to the concerns of the students, and to work together with the students today onwards,” he said.

Musthaq said the work of the new faculty will not be limited to training pilots.

He said that the faculty will also offer IATA programs to train people in flight engineering, cabin crew, and other aviation related areas.

Musthaq said that discussions are already underway with experts to introduce new programs.

“However, our immediate priority is to provide necessary support to the 170 students enrolled in the flying school, and arrange for them to complete their courses as soon as possible,” he said.

Though AAA has a license for the flying school, Avid College is working on obtaining its own license.

Musthaq said that it will take approximately six months for get the license, and that the immediate services required by the students will be provided through AAA’s license.

Musthaq said he expects the flying at the school to begin in accordance with the regulations and guidelines of the regulatory body in September.

Avid College has decided to immediately begin work such as arranging for the exams of the students, in the meantime.

Musthaq said they are also working on procuring a new aircraft for the school, and will settle the 25 percent advance payment this week.

Avid College took over ownership of the flying school following months of complaints from students of mismanagement at the school, resulting in their courses being drawn out.

Following complaints, President Ibrahim Mohamed Solih penalized two top officials at the school, and ordered for concessions on the repayment of loans taken by students to complete their courses.