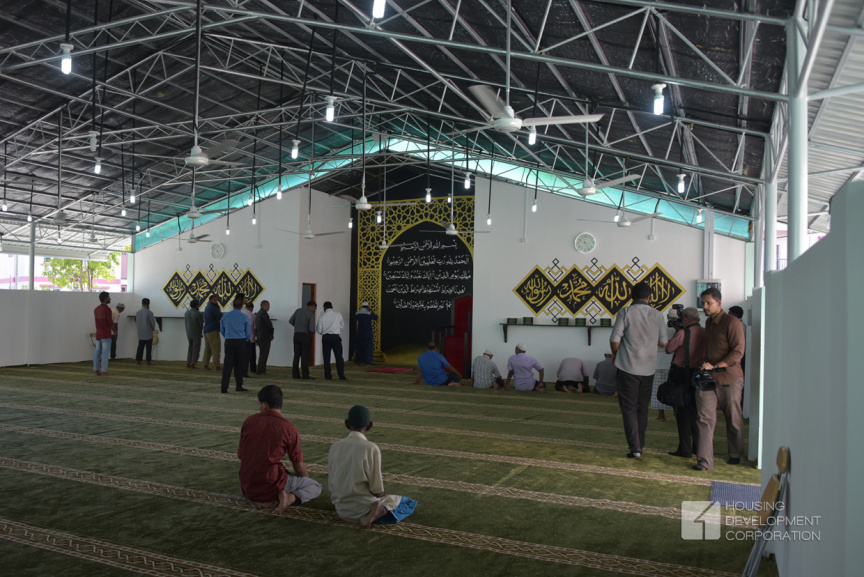 Worshippers at the temporary mosque in suburban Hulhumale'. (Photo/HDC)

Police are investigating a fight which broke out between two men in a temporary mosque located near Flat 171 in suburban Hulhumale’.

Police said the violence took place between a man who entered the mosque and created a ruckus, disturbing worshippers, and a man who intervened to advise the man to stop.

The incident was reported to the police at 06:38 pm on Tuesday.

One of the men sustained minor injuries in the fight, said the police.

A video of the incident, which has gone viral on social media, shows foul language was used in addition to the fighting.

Fire breaks out in Hulhumale’ flat