Report: Mishka would have survived with timely medical intervention 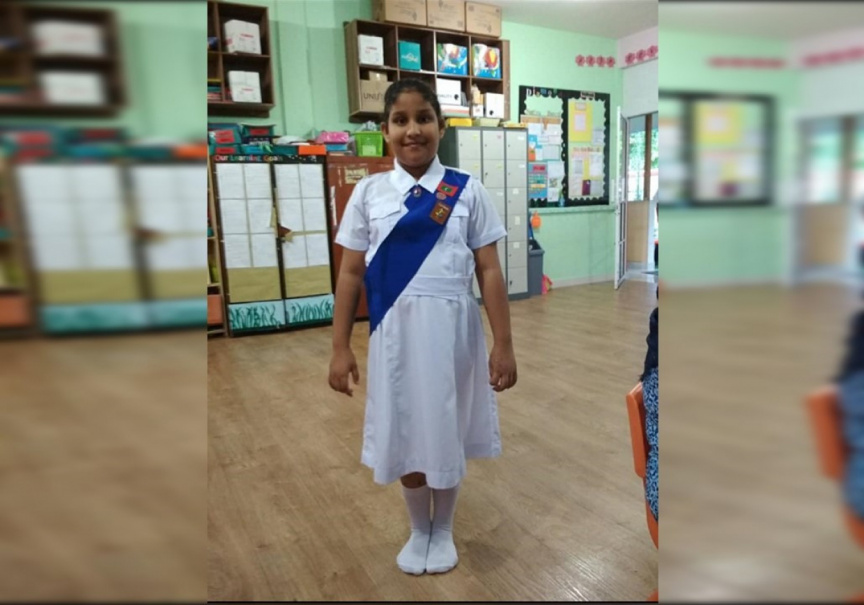 The case report on the death of a 10-year-old girl who became Maldives’ youngest COVID-19 victim in early June states the death could have been avoided, if health officials involved had attended to the case in an attentive and timely manner.

A preliminary review into the case found Fathimath Mishka Mohamed, 10, Laajahaage, HDh. Kulhudhuffushi, died due to lack of emergency medical intervention she required.

According to the review, it took two hours and 26 minutes before an ambulance was activated after her condition was reported as an emergency.

Health Ministry has released the case report it compiled based on the review. The report was compiled after interviewing 28 people, including the officials involved, heads of Health Emergency Operations Center’s clusters, and Mishka’s parents.

Health Ministry states they have made systematic changes to ensure the issues highlighted in the report do not take place again.

Same as the review, the case report stresses that the Call Center and Medical Response Team (DMRT) failed to take Mishka’s case as an emergency situation, resulting in delays in medical intervention.

The report states that as DMRT’s doctor failed to identify it as an emergency case, an ambulance wasn’t triaged, and instead, a message was sent to Clinical Management and Advisory Team (CMAT) for an additional consult.

The findings on the report follow the same lines as the preliminary review.

The report states that the most glaring issue is the inappropriately long delays in all stages of services from HEOC.

It states that the DMRT’s doctor failed to uphold responsibilities, and that the call logs show the parents were led to believe an ambulance would be dispatched to take Mishka to the hospital.

However, an ambulance wasn’t triaged until nearly three hours later, after the desperate parents sent someone to the HEOC headquarters.

“Its unlikely this would have taken place if those required to attend to the situation had responded with attentiveness and in appropriate time,” reads the case report.

Health Ministry said the tragedy resulted from preexisting systematic issues, which had remained hidden before the alarming surge in COVID-19 numbers.

“We have identified the issues with the different parts and stages the system is composed of, and especially the systematic issues that arise which arise with an unusual surge in cases, and have begun taking corrective measures,” said Health Ministry.

Health Ministry said they will take action against those necessary based on the review.

Mishka’s death led to the government introducing Emergency Medical Services (EMS) as a dedicated service to respond to COVID-19 related emergencies. EMS can be reached at 100.