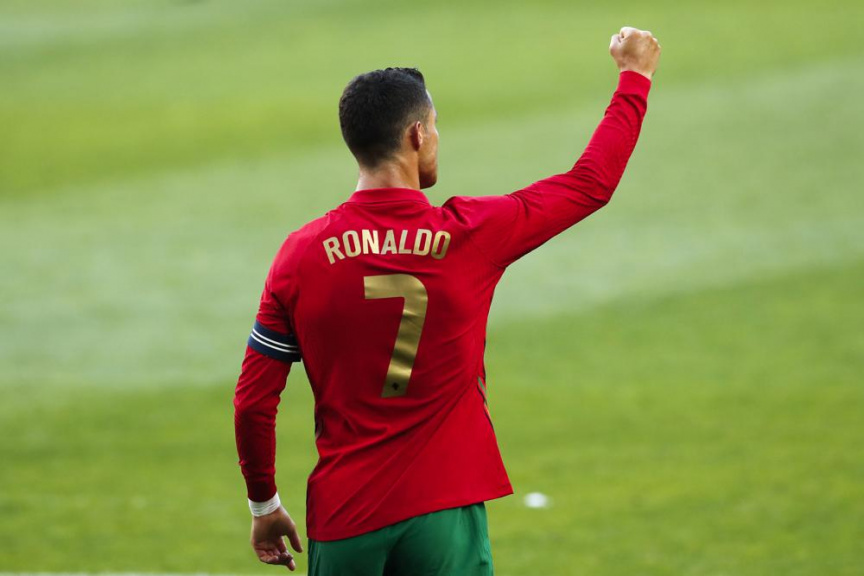 LISBON, Portugal (AP) — Cristiano Ronaldo scored to lead Portugal to a 4-0 win over Israel in its final warm-up match before defending its European Championship title.

Ronaldo scored in the 44th minute to take his international tally to 104 goals. He will enter Euro 2020 five goals away from tying the all-time scoring record for a men’s national team. The record is held by former Iran striker Ali Daei, the only other male soccer player to surpass the 100-goal milestone.

Bruno Fernandes and João Cancelo also scored for Portugal, which was coming off a 0-0 draw at Spain in its first warm-up match last week.

Ronaldo missed a few good chances before finally finding the net with a left-footed shot from inside the area at the José Alvalade Stadium. His goal came two minutes after Fernandes had opened the scoring with a low shot from near the penalty spot after a pass by Cancelo, who added to the lead with a nice low strike into the corner in the 86th.

Fernandes scored his second goal by hitting the top corner with a shot from outside the area in stoppage time.

Portugal coach Fernando Santos started with Fernandes, Bernardo Silva and Diogo Jota playing alongside Ronaldo, who was substituted in the 72nd. João Félix was not included in the match squad. Pepe and Rúben Dias led the defense.

Portugal will play Euro 2020 in a difficult Group F that also includes Germany, France and Hungary. It will open against Hungary on Tuesday in Budapest. It then faces Germany on June 19 and France on June 23.

Portugal won its first European title by beating host France in the final at Euro 2016.