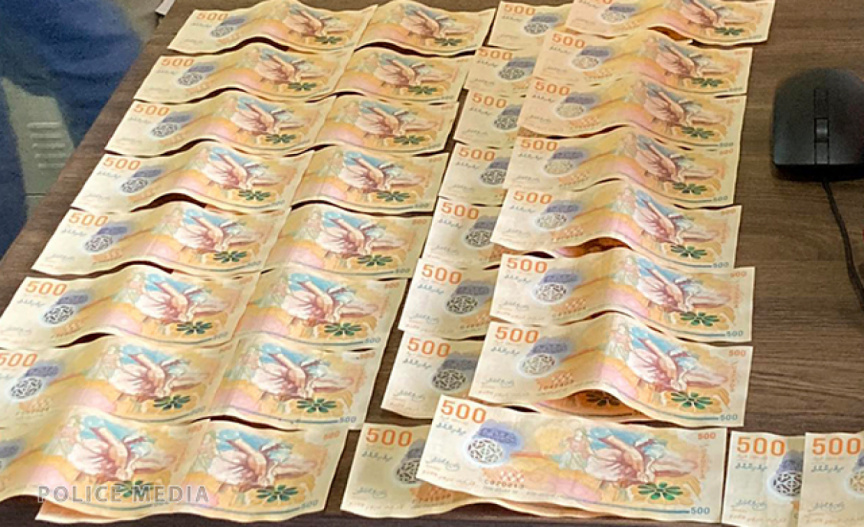 Police have recovered cash withdrawn from the ATM via a stolen cash card.

The cash card belonged to a man from N. Maafaru and Police received a complaint regarding the theft on May 10. The thief withdrew MVR 20,000 in cash from the N. Kendhikulhudhoo ATM branch, according to the Police complaint.

When presented to the court regarding their remand, they were released, according to the Police.

An operation conducted by the Maafaru Police Station and the Manadhoo Police Station to recover the withdrawn cash discovered MVR 17,000 buried in the uninhabited forest area of Maafaru.

Police handed over the recovered MVR 18,000 to the owner.

The theft is still under investigation by the Maafaru Police Station.

Two who tried to steal from a mosque stopped