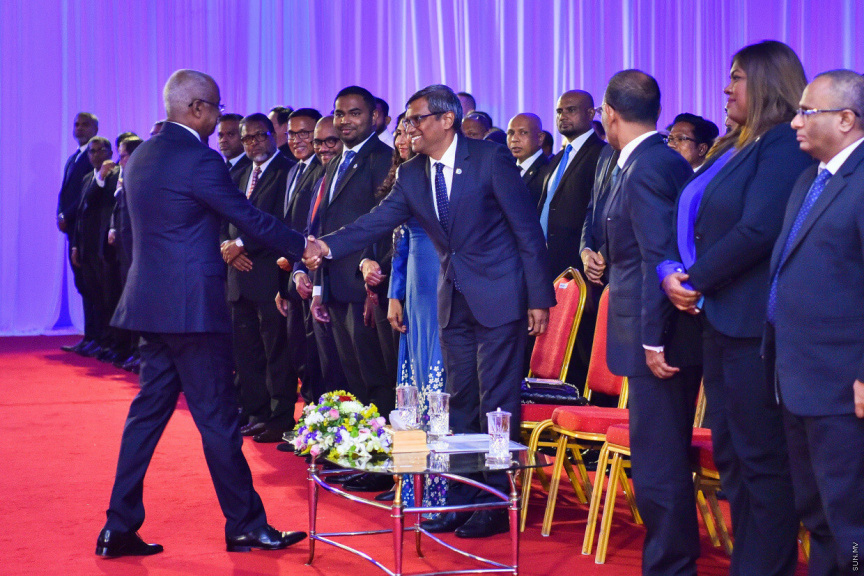 President Ibrahim Mohamed Solih has instructed for official residences to be arranged for the Parliament Speaker and Chief Justice in order to reinforce the security provided to the two officials by the State.

President Solih instructed the Attorney General to conduct necessary legal work to reinforce the security and protection provided to the heads of the three powers of the State last Tuesday.

The Attorney General has been instructed to expedite necessary changes to the laws to reinforce security to Parliament Speaker and Chief Justice.

President Solih has also instructed for arrangements to be made within the confines of the laws to designate official residences for them, and to draft a bill if the current laws do not accommodate such an arrangement.

President Solih discussed the subject with his Cabinet during a virtual meeting on Tuesday.

The move to reinforce security comes after an IED was detonated outside the residence of Parliament Speaker, former President Mohamed Nasheed in a targeted terror attack on May 6, leaving him severely wounded. Nasheed underwent multiple lifesaving surgeries and is recuperating at the hospital.

COVID-19 testing to be ramped up