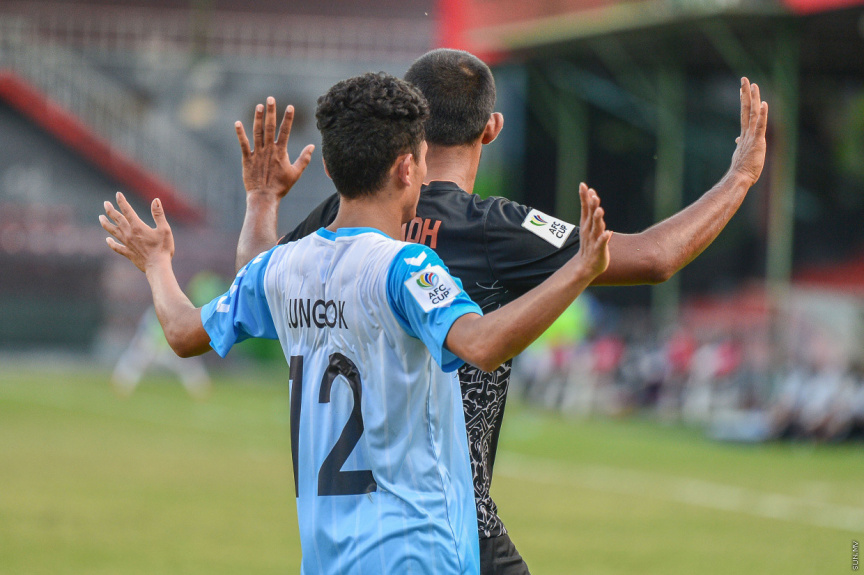 The Group stage matches of the AFC Cup to be planned in the Maldives have been postponed without a date.

The Group stage matches were scheduled to be planned in the Maldives from May 14 to 21. In a statement issued today, AFC said that the Group D matches to be played in the Maldives were delayed without a specific date. Further information regarding the postponement will be disclosed later on, according to the AFC.

The AFC has instructed to make arrangements for the departure of the teams that traveled to the Maldives for the matches and ordered all teams to adhere to COVID-19 regulations. Teams that are yet to travel are to cancel the arrangements.

The entire team had tested for the virus before checking into the Hotel Jen in the capital Male' City. They all tested negative. The club has also practiced in the Henveiru practice stadium for their match against local club Club Eagles.

Some players of the team were spotted on the roads of the capital, in violation of the strict protocols. Public calls to cancel the matches due to the situation in both India and the Maldives in relation to the virus had been ringing on social media even before the team traveled to the Maldives.

The calls were amplified after the players were spotted on the roads.

Youth Minister Ahmed Mahloof, who had previously ignored the calls to cancel the matches, changed his stance once the violations were reported.

He asked the FA of the Maldives to cancel the matches and ordered the departure of the team. Minister Mahloof informed the team that they would no longer be allowed to play in the Maldives and described the violations as unacceptable.

The club should leave ???????? immediately as we can’t entertain this act.

We honoured the commitment we gave a few months back even with the surge in cases & pressure from the public. https://t.co/RXxma0hyjm

The Minister said that the arrangements to play the matches were made to honor the commitment given to the AFC by the Maldives, even with immense public pressure and risks. He said that Bengaluru FC had disrespected the efforts made by the Maldives and expressed disapproval over the actions.

Bengaluru FC owner Parth Jindal has now apologized on behalf of the team for the actions.

Jindal wrote on Twitter that the behavior was inexcusable and that the strictest action will be taken against the players.

On behalf of @bengalurufc I am extremely sorry for the inexcusable behavior of three of our foreign players/staff while in Male - the strictest action will be taken against these players/staff. We have let @AFCCup down and can only say that this will never happen again

"We have let (the) AFC Cup down and can only say that this will never happen again," wrote Jindal on Twitter.