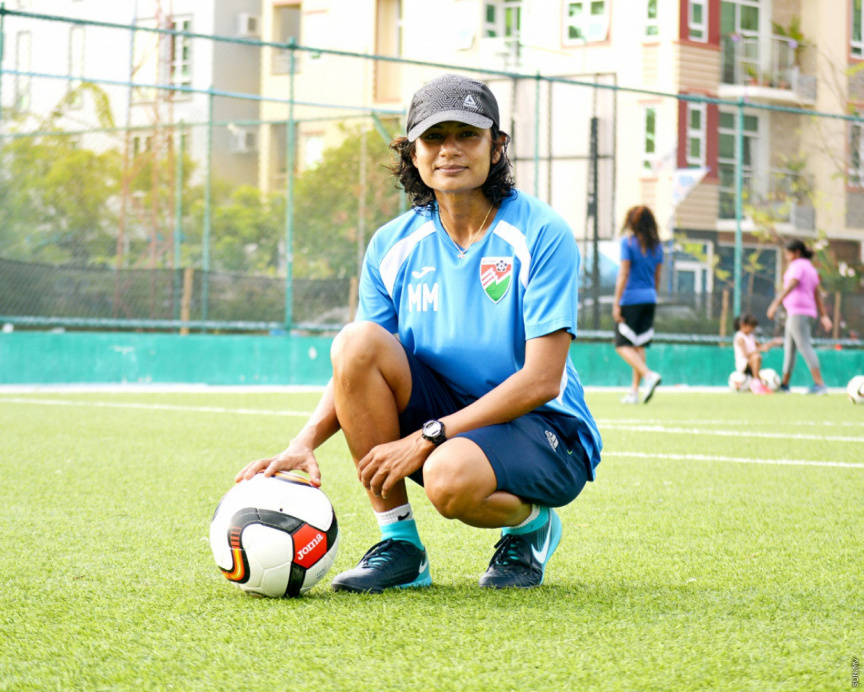 The former head of Maldivian women's football Mariyam Mohamed (Mayan) has won in a landmark case against the Asian Football Confederation (AFC) at the Court of Arbitration for Sport (CAS) regarding the 2019 elections for the AFC Executive Committee.

Mayan had submitted two appeals against the AFC for gender discrimination and undue influence as well as corruption. Mayan alleged that the AFC indirectly discriminated against women by effectively limiting the positions for which they were allowed to stand for and that she was subjected to inappropriate third-party interference in the elections.

Mayan was a candidate seeking election to the AFC Executive Committee and to the FIFA Council during the 29th AFC Congress held on April 6, 2019, and lost the election before she submitted her case to CAS.

The CAS Panel presiding over the case declared that the AFC’s refusal to investigate Mayan's complaints were appealable. The panel also found that the AFC Statutes and procedures for the election discriminated against women and was found to have set a ceiling on the participation of women in Asian and FIFA football governance rather than a floor as it was required to do. The panel stated that this was a breach of the AFC Statutes, the FIFA Statutes, the FIFA Code of Ethics and FIFA’s Guidelines for Promoting the Involvement of Women on the FIFA Council.

The CAS also stated that AFC’s failure to complete an investigation into the allegations of undue influence and third party pressure on Mayan to withdraw her name and make a decision within a reasonable period of time was a denial of justice. The panel accepted Mayan's evidence and found that she was a credible witness whose version of events was not contradicted by the AFC.

Celebrating the win over AFC, Mayan wrote on Twitter that "It is a fabulous result - all of the allegations made in relation to the 2019 AFC Elections were upheld. The CAS Panel found a denial of justice, serious corruption and discrimination." before calling on the AFC take action now that "these findings have been made public".

Mayan added that the currently elected officials at the AFC and FIFA from Asia had no legitimacy and called for new elections as soon as possible. She said that it was disappointing that the panel did not annul the elections found to have been tainted.

The CAS in its decision on the case held that it did not have the power to annul the elections tainted by gender discrimination and unlawful third-party interference, ruling that the power to do so rests with the AFC Congress. However, it ordered the AFC to make a contribution towards Ms. Mohamed’s legal costs and to pay 75% of the costs of the arbitration.

Mark Mangan, a partner of Dechert LLP's Singapore office, the law firm representing Mayan said, “These are landmark decisions. First of all, the appeals vindicate Ms. Mohamed, whose allegations were all upheld. It is never easy to come forward with serious allegations against established interests and have the courage to see them through,"

"She deserves enormous credit. Secondly, if I may say, the appeals vindicate the strategy we deployed to ensure that Ms. Mohamed was able to be heard by an independent CAS panel, and in the process established important precedents in sports jurisprudence.”

The CAS is an independent institution, based in Switzerland, involved in resolving legal disputes in the field of sport.

Mayan had alleged that Sheikh Fahad Al-Sabah, President of the Olympic Council of Asia and Asian Handball Federation, who resigned from the FIFA Council in 2017 amid corruption allegations had pressured her into withdrawing her candidacy and had influenced the election to favor a specific candidate. Sheikh Fahad Al-Sabah is also linked with propaganda in Kuwait regarding a fake coup attempt that saw him make a public apology on national television.

MNDF: Resources loaned to RaajjeTV as a social service