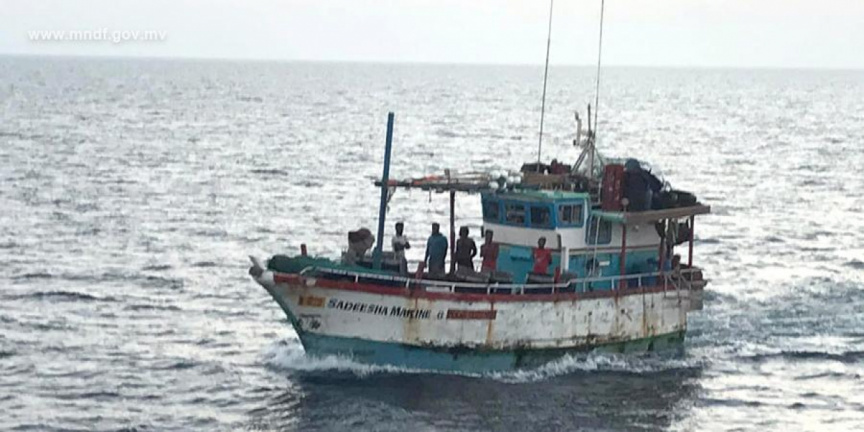 The boats were found to the east of V. Atoll, 30 nautical miles inside the Maldives Exclusive Economic Zone.

The boats have been captured and are now under the custody of Huravee.

The number of fishermen on board and their nationality is unclear at this point.