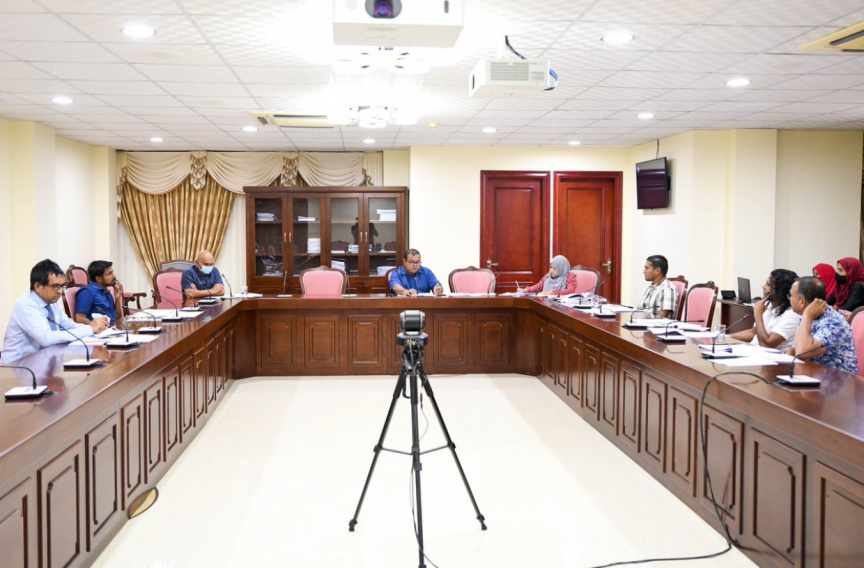 The temporary parliamentary committee set up to review Finance Ministry’s request for a one-year extension to overdraw from the public bank account made its decision on Wednesday night, deciding to approve the request.

Implementation of Article 32 (a), (d), and (e) of the Fiscal Responsibility Act was suspended for one year, starting from April 26, 2020, with the powers bestowed upon the Parliament under Article 36 of the Act.

Finance Ministry requested a one-year extension to the period last Monday, citing that the COVID-19 pandemic remains ongoing and that while the economy is recovering, it will take time to reach to pre-pandemic levels.

The committee, in its report after its one-day review, wrote that the Finance Ministry, when granted the exemption last year, managed the cashflow so that the overdraw limit does not exceed MVR 4.4 billion.

Officials from Finance Ministry, Maldives Monetary Authority, and Auditor Genera’s Office were summoned by the committee for consultation.

MMA warned that monetizing the budget will result in adverse effects on the economy in the midterm and long term, and that given that the exchange rate plays the key role in controlling the inflation rate in Maldives, long term monetary financing will present further challenges to MMA’s efforts to manage the exchange rate.

MMA warned that exceeding MVR 4.4 billion will result in irrevocable losses to the economy, forcing changes to the foreign exchange rate, and raise inflation rate.

MMA said that it is important to have a plan for the repayment of the overdraft, and that including a financial cost will encourage the maintenance of the discipline of repayment.

The Auditor General’s Office also expressed concern over an extension.

None of the recommendations by MMA and Auditor General’s Office were included in the committee’s report.

The committee voted in favor of extending the duration of the overdraft by another one year to April 26, 2022, as requested by Finance Ministry.

A decision regarding the report will be made on the parliament floor. Parliament Speaker, former President Mohamed Nasheed said on Wednesday that a sitting will be held this Thursday if political parties have no objections, in order to make a decision.