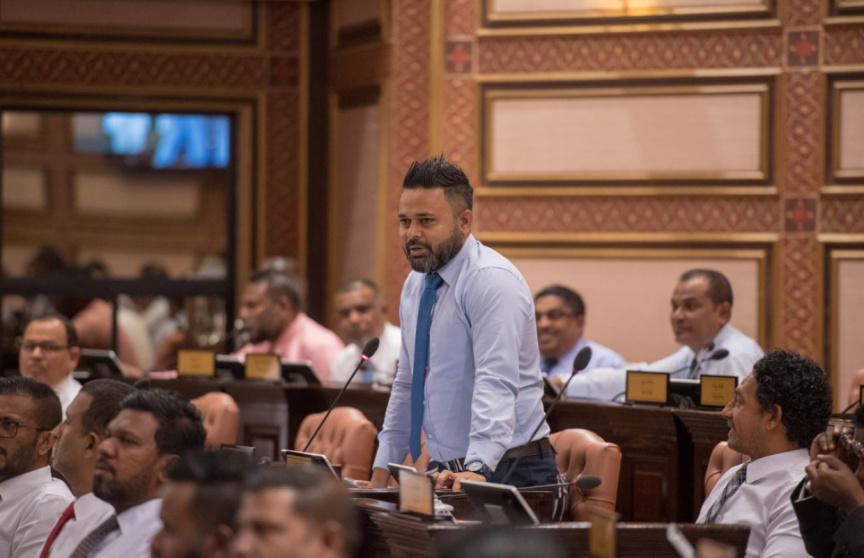 Parliamentarian Ahmed Shiyam has vowed to keep on pressuring the government until former President Abdulla Yameen, who is serving a prison sentence of five years for money laundering is released from prison.

Yameen was sentenced after being found guilty of money laundering regarding payments from the MMPRC corruption scandal in 2018. Opposition parties have always maintained that the trial of the ex-president was a sham and a politically motivated one.

Ahmed Shiyam, who is the deputy leader of PPM and also the parliamentarian for Naifaru was speaking on an amendment submitted for the Fishing Act of the Maldives today in the parliament when he said that the public had shown their disapproval to the conduct of the government. MP Shiyam attributed the disapproval of the government due to the refusal by the government to disclose the details of the UTF agreement with India, the release and freedom of alleged sexual abusers.

MP Shiyam also attributed the recent results of the local council election, where the governing MDP suffered surprising setbacks in Male’ City, as a call by the public to free former President Yameen.

“The public believes that the policies of MDP have to be implemented in an administration of MDP. However, we can now see what happens when an inactive leader is at the presidency,” said MP Shiyam.