2nd Sinopharm vaccine shipment to be transported to Maldives tonight 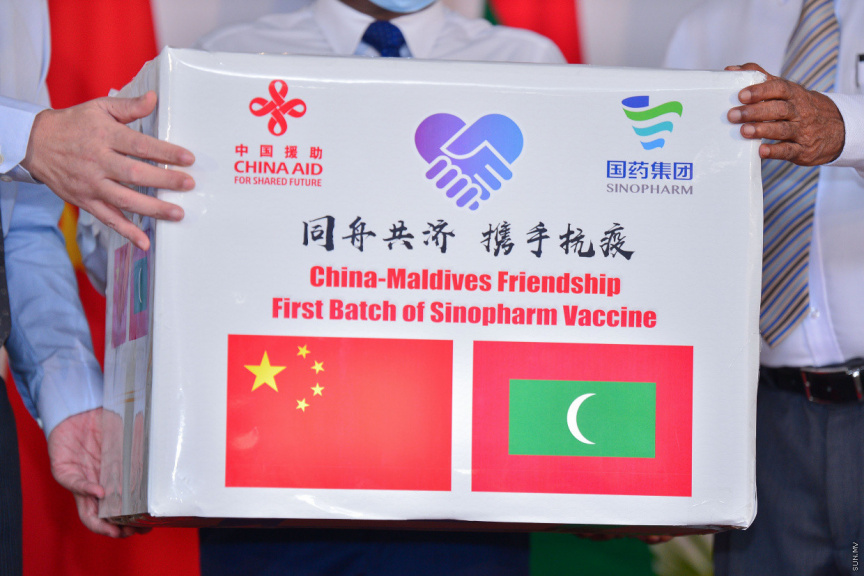 Handover ceremony of the first batch of the Sinopharm vaccine on March 25, 2021. (Sun Photo/Fayaz Moosa)

The Maldives is set to receive the second 100,000 doses of Sinopharm by tonight.

The second shipment scheduled to arrive tonight will be brought in much like the first, via a Maldivian special flight.

#Maldivian flight with the second batch of the #Sinopharm vaccines donated by the Government of China will arrive tonight. @VelanaAirport #NationalAirline@MaldivianAero pic.twitter.com/pOuPzg2NSS

The government of the Maldives has previously said that the second shipment will be stored to be administered as the second dose of the vaccine for individuals who had received the first dose of Sinopharm from the first shipment.

The Maldives began administering vaccines against COVID-19 with the Covishield vaccine by Astrazeneca and Oxford University on February 1. Since then, the nation has approved the use of the Pfizer vaccine as well as the Sinopharm vaccine.