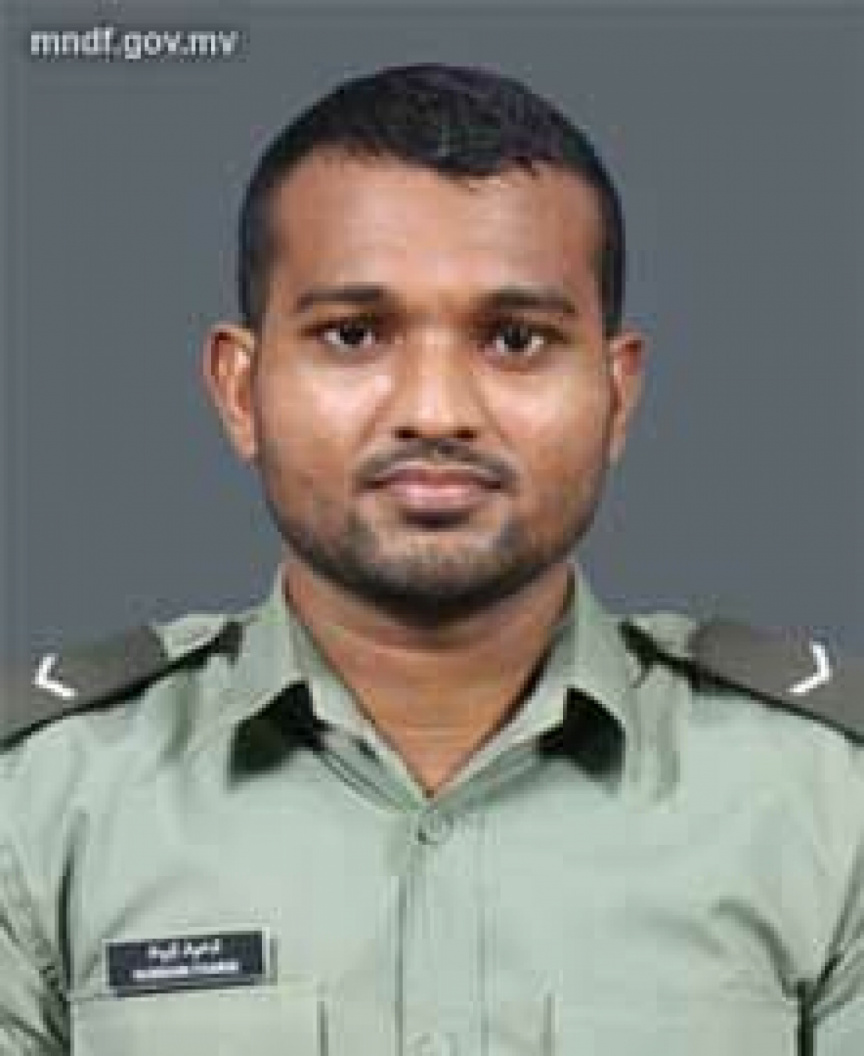 A search has been commenced to find a missing MNDF soldier who was last seen at sea near L. Kadhdhoo.

MNDF said that four more soldiers had gone into the waters east of Kadhdhoo but did not specify the purpose of their actions,

The Central Area Coastguard squadron is now searching for the missing soldier, according to MNDF.

Reports of the incident were received around 17:40, stated MNDF officials.