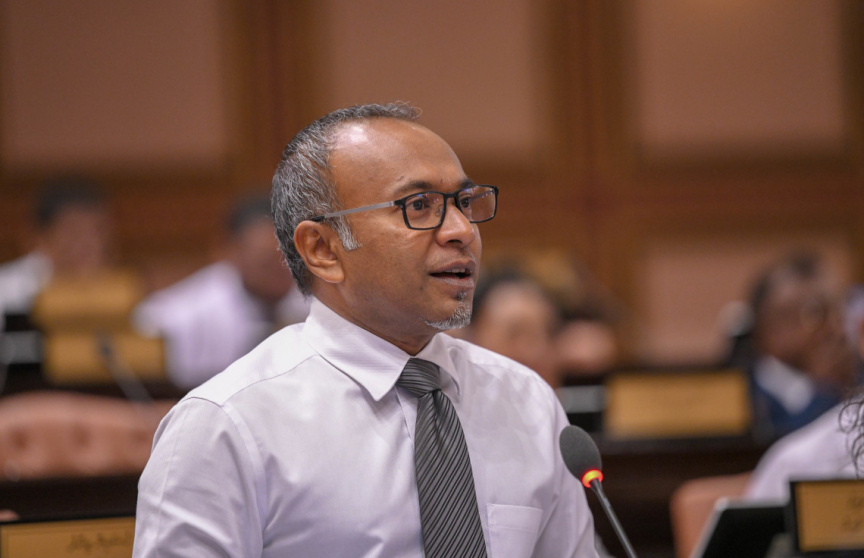 An issue has been submitted to the parliament to provide easements to individuals who have been fined for traffic law violations.

The issue was submitted to the parliament by the MDP chairperson and MP for West Henveiru Hassan Latheef.

MP Hassan Latheef, while presenting the issue, said that people with such fines are locked and that it was the responsibility of the parliament to unlock these individuals especially the youth who are faced with such difficulties.

“Sometimes, these youth have to spend their entire lifetime to pay these fines because they are faced with such fines,” said MP Hassan Latheef.

MP Hassan Latheef said that being forced to pay such huge amounts of fines would hinder these youth from building their own lives and that caused the youth to resort to other means such as criminal activity.

He also said that it was observed easily that the rich and businessmen of the nation saw fines imposed on them by millions, be easily erased.

“I don’t believe that it is justice when those fines are erased, and the youths of the nation are forced to pay their fines,” said MP Hassan Latheef.

“I don’t believe that it is right for a nation with limited income to have such fines be erased. What I am talking about is the forgoing of fines by millions of dollars,” said MP Hassan Latheef.

He also called to find easements for those individuals who cannot obtain their driver's license as well.

Traffic fines have been forgiven previously during the administration of President Abdulla Yameen.