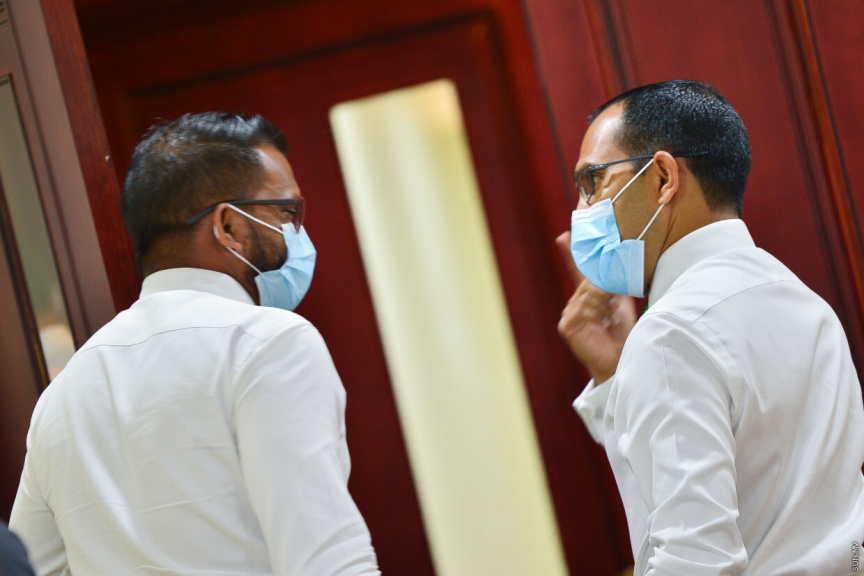 Making his statement at the Parliament on March 1, shortly before he was dismissed in a no-confidence vote, Maleeh accused parliamentarians of threatening Cabinet ministers. He said that former Gender Minister Shidhatha Shareef was threatened and forced to resign last year.

Following the allegations, Speaker, former President Mohamed Nasheed instructed the Ethics Committee to investigate the claims. The committee concluded its inquiry on Wednesday, concluding Maleeh’s remarks had been baseless.

“Former Minister Maleeh Jamal raised serious allegations against the Parliament. Allegations of threats and forced resignations. However, given that when summoned to this committee, he did not answer any of the questions asked by us members with regard to this, we do not find his remarks have any basis,” announced Ethics Committee chair, North Kulhudhuffushi MP Yasir Abdul Latheef, reading a motion presented by Central Hithadhoo MP Ibrahim Rasheed and seconded by Makunudhoo MP Mohamed Raee.

The motion passed with the unanimous consensus of committee members present during Wednesday’s meeting.

Maleeh was summoned to the committee for questioning on Monday, but refused to answer any of the questions, stating the committee does not have the authority to question him regarding a statement he made on the parliament floor, and are in violation of the Constitution.