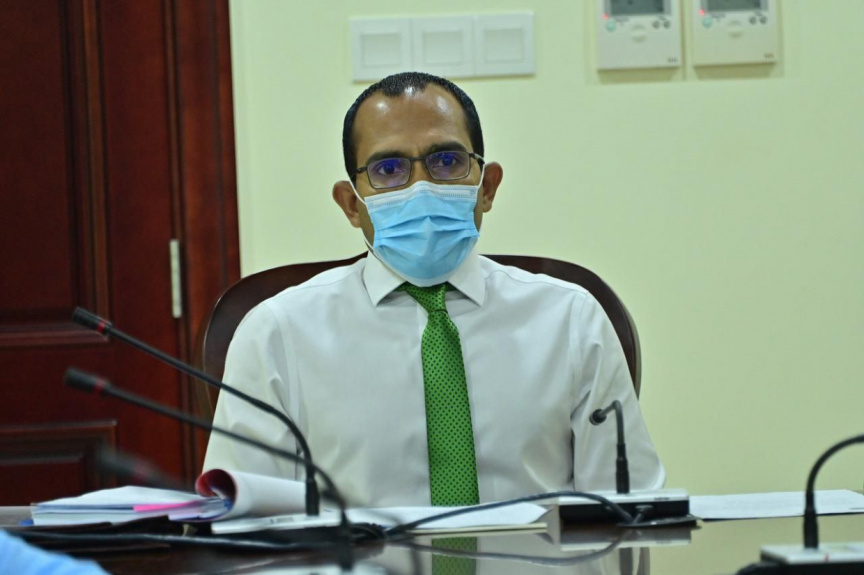 Former Minister of Communication, Science and Technology Mohamed Maleeh Jamal attended the Parliament’s Privileges and Ethics Committee meeting on Monday in response to summons for questioning regarding his statement at the Parliament earlier this March, but refused to answer questions.

Making his statement at the Parliament on March 1, shortly before he was dismissed in a no-confidence vote, Maleeh accused parliamentarians of threatening Cabinet ministers.

He was summoned by the Ethics Committee in response to the allegation.

Committee members questioned Maleeh regarding the allegation, but Maleeh refused to answer, stating that the committee has no authority to question him regarding a statement on parliament floor, and that doing so amounted to a constitutional violation.

“Why has someone been summoned to a parliamentary committee? Make it clear to me whether this is an investigation, or whatever it is in response to a statement in parliament floor. Don’t make this a game. Therefore, what I’m saying is I’m being forced to teach a lesson in law once again,” said Maleeh.

“I do not believe he should be summoned here as a private citizen and be held accountable,” said Nazim.

Makunudhoo MP Mohamed Raee said that Maleeh told the Parliament that another Cabinet minister who was dismissed before him was also dismissed under duress. And asked Maleeh to clarify his remark.

Maleeh dodged the question, choosing instead to talk about the law.

Committee’s chair repeatedly warned Maleeh to answer questions, but he continued to refuse.

“I want to say that you shouldn’t joke at all. We all have to act in accordance with one Constitution. We all need to follow this Constitution,” he said.

He then began complaining about errors on the letter sent to him by the Parliament summoning him to the committee meeting.

The committee meeting ended with Maleeh refusing to provide a direct answer to a single question.