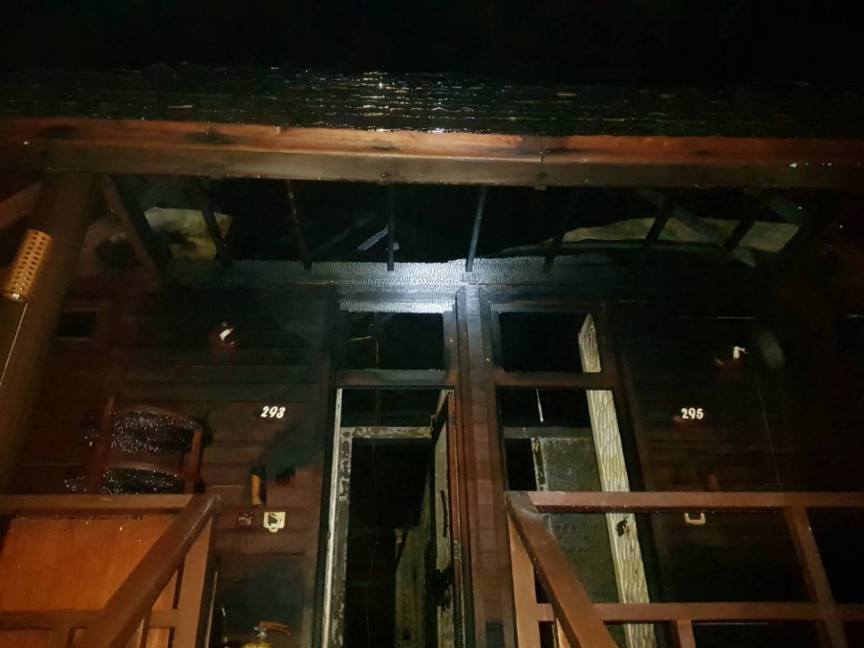 Damage from a fire at Sun Siyam Olhuveli on January 5, 2021.

A fire broke out in Sun Siyam Olhuveli, a resort island located in South Male’ Atoll, on early Tuesday, resulting in extensive damages to some of the rooms.

The fire was reported to Maldives National Defense Force (MNDF) at approximately 00:25.

MNDF spokesperson said on Tuesday morning that the fire affected a four-room block at the resort.

“Two of the rooms in the four-room block were damaged beyond use,” said the spokesperson.

He said the fire did not result in any injuries.

The fire had already been but out by the resort staff by the time firefighters attended to the scene.