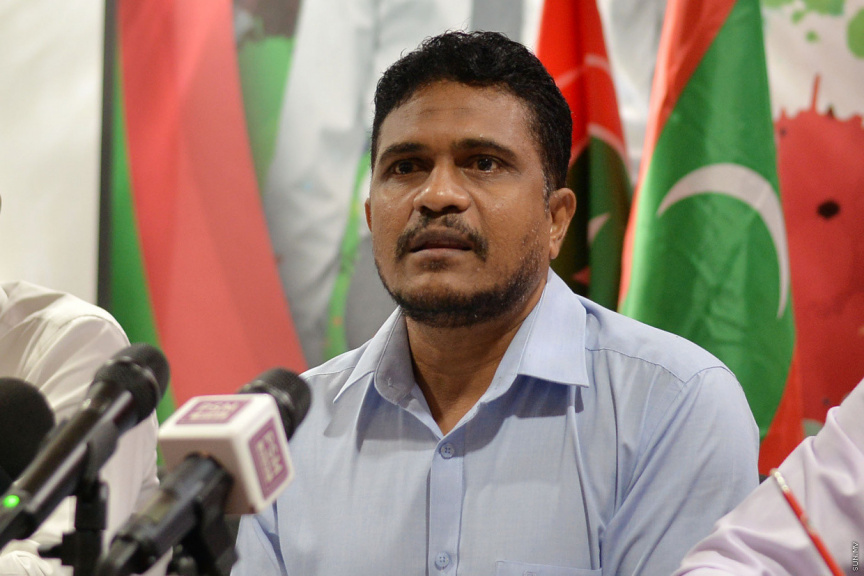 Former Vilimale’ MP Ahmed Nihan Hussain Manik has been pressed with multiple charges in connection to the MMPRC embezzlement and money laundering scandal.

The Prosecutor General’s Office filed the charges against Nihan with the Criminal Court this Tuesday.

None of the funds in question were disclosed in his financial statements between 2014 and 2019.

Nihan has been pressed with one count of money laundering and five counts of bribery.

The Prosecutor General’s Office has also requested the court for the seizure of the funds he obtained through illegitimate means, and assets and other funds mixed with it.

Nihan was pressed with the charge of money laundering for obtaining a USD 150,000 bank cheque through Adeeb, given he should have suspected the funds he received from Adeeb would have been obtained through illegitimate means given his position as chair of Public Accounts Committee, and purchasing an apartment from the Platinum Residence with the funds.

He was also pressed with the charge accepting a bribe for accepting the USD 150,000 cheque from SOF Private Limited through Adeeb – then Tourism Minister – in order to influence his decisions as a parliamentarian.

He was pressed with an additional charge of asking for a bribe and charge of accepting a bribe for asking for and accepting MVR 65,000 from Adeeb in exchange for influence over his decisions as a parliamentarian.

Nihan was brought in for questioning by the Corruption and Asset Recovery Commission in connection to the case in October, and has a travel ban order against him.

Nihan, who had been PPM’s top parliamentarian, left the party following the change in government and his defeat in the parliamentary elections in 2019, and joined Jumhoory Party (JP) – a part of the government coalition.

Multiple parliamentarians are alleged to have received the MVR 3.4 billion embezzled from MMPRC.