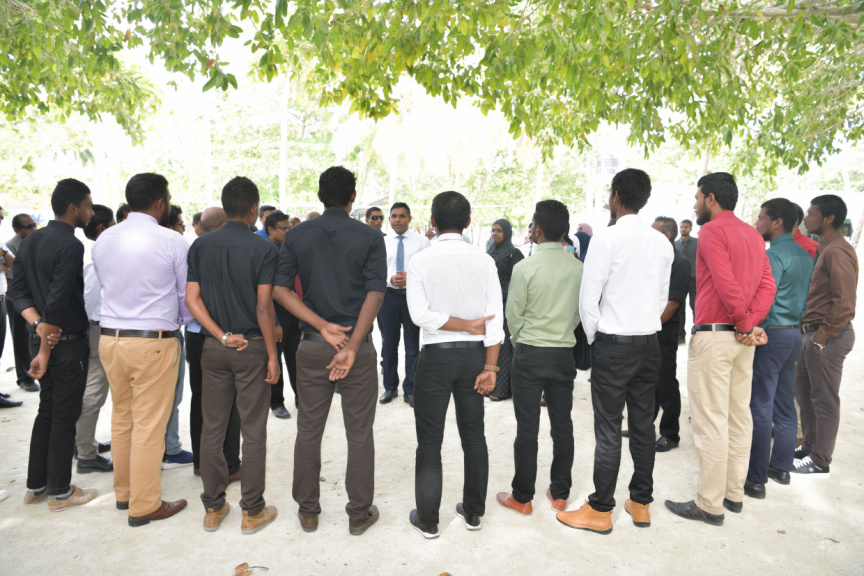 Residents of K. Hinmafushi are voicing concern with patients at the Hinmafushi Drug Rehab Center moving freely within the island, engaging in theft and other crimes.

Hinmafushi Council’s vice president Hassan Faiz told Sun on Tuesday that the issue of some of the patients at the rehab center roaming around the island creating a public nuisance escalated following the emergence of the COVID-19 pandemic.

Faiz said that some of the patients began moving freely in and out of the rehab center with an influx of new patients quarantined at the facility before they begin treatment.

He said that some of the patients roaming freely in the island are in quarantine.

“The council is receiving multiple complaints in recent days. Those at there are moving freely within the community, going to houses to beg. And thefts from shops and houses have increased recently. Beedi and cigarettes were stolen after breaking into a shop even last night. And the locals are also concerned because people in quarantine are going out like that. Complaints over this have escalated recently,” he said.

Faiz said that guards are prohibited from using physical force on patients, and there is therefore nothing much they can do to prevent it.

“Guards sometimes follow them, watch their movements, and take them back in after advising them. But they do not have the authority to use physical force. So they go in and out any time they want. But this needs a solution,” he said.

Faiz said the council has held discussions with National Drug Agency (NDA) which runs the facility, as well as other authorities, but have yet to find an effective solution.

“This is of great concern to the residents of this island. But such a long time has passed without a solution. The police are unable to take any action even if we report it,” he said.

Addressing the concerns, NDA’s Acting CEO Ali Shareef said on Tuesday that the authority is working to the best of its ability to solve the issue with limited resources.

Shareef said he does not believe it can be fully preventable, citing behavioral changes the patients at the facility go through during treatment.

“That’s why this isn’t treatable in hospitals, right? We station guards to see if they leave the premises. They prevent if they attempt to leave. And we also report it to the police. But this cannot be fully prevented,” he said.