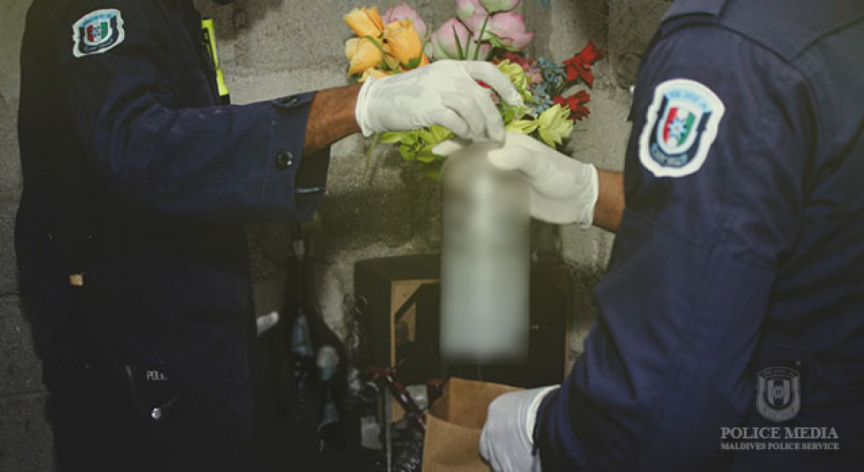 Police have seized a large quantity of alcohol bottles and beer cans, and made one arrest in Drug Enforcement Department (DED) operations in Male’ City.

The alcohol was seized in two operations run by DED, on Tuesday and Wednesday.

The first operation took place on Tuesday and involved the search of a private residence in Henveiru district under court order, during which the police found 13 bottles of alcohol and 173 beer cans.

No arrests have been made in connection to the case.

The second operation took place at approximately 09:00 pm on Wednesday and involves the search of a taxi. The police found 12 alcohol bottles in the trunk of the taxi.

The police made one arrest in connection to the case. The suspect was identified by the police as a 27-year-old foreigner.

The cases are under further investigation by the DED.