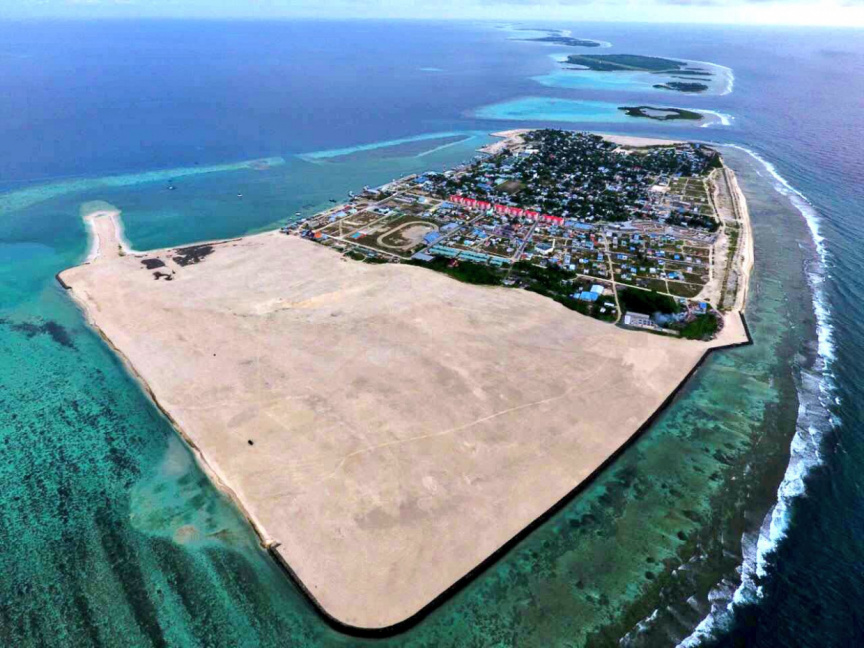 Fenaka Corporation has stated that the issue of electricity faced by G. Dh. Thinadhoo, one of the most populated and developed islands in the south of Maldives, is to be resolved within a period of six months.

Managing Director of Fenaka, Ahmed Saeed Mohamed said to Sun that the issues faced by the island were due to the problems of having a temporary powerhouse in the island.

“Engine control modules failed. Our work to replace them was also unsuccessful. Because the system was engineered very poorly. However, based on the speed of the work right now, we are sure that power could be supplied to the island by tomorrow, in a permanent mechanism.” Said Saeed.

He added that the work was currently underway and that some transformers needed for the work would be transported to the island by tonight.

Saeed was speaking after the island faced a power outage for three days which is still not completely resolved.

Currently, a shed built out of tin houses the engines that power the island. Work is underway at the island to bring temporary renovations to the location and install synchronizing panels at the facility.

Currently, the island has a five-megawatt capacity established. However, due to the arrangement of the engines, only half of the capacity is utilized.

Saeed said that challenges such as these would be overcome with the construction of the new powerhouse which is expected to be completed within six months.

He noted that the entire Huvadhu Atoll had faced a lot of difficulties due to the electricity outage in Thinadhoo this week because the island is the main hub of the atoll where large number of people travel to for basic services.

Saeed thanked the support and cooperation received from the residents of Thinadhoo during this time.

“Currently, the island has no powerhouse, the engines are on the road. Each engine is a separate engine. The engine is to power an area it can. It is done extremely poorly. God willing, we will do all we can to overcome this.” Said Saeed.

'Power cut off at Maavah home in line with regulations'