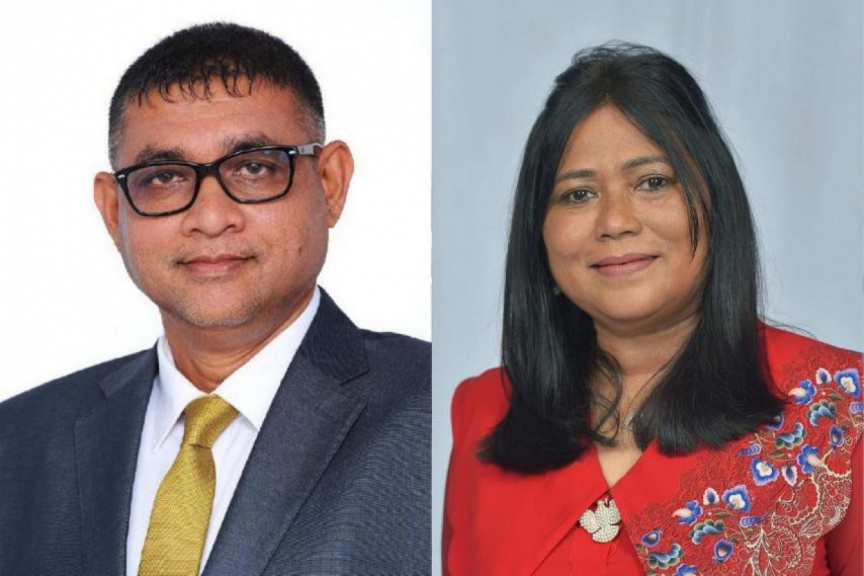 The President’s Office has appointed two new political appointees to senior positions of the Health Ministry.

Those appointed to the Ministry are, Ahmed Adil as State Minister and Mariyam Khalida as Deputy Minister. President’s Office spokesperson Ibrahim Hood said that they were appointed to the position last Sunday.

Mariyam Khalida, the newly appointed Deputy Minister has a background in finance and worked at the Maldives Monetary Authority and the Minimum Wage Board. She is the spouse of Foreign Secretary Abdul Gafoor Moosa.

Ahmed Adil, appointed as State Minister previously served as the State Minister for the Transport Ministry. Sources have stated that Adil has been working at the Health Ministry since the suspension of several senior Health officials in light of the ventilator scandal.