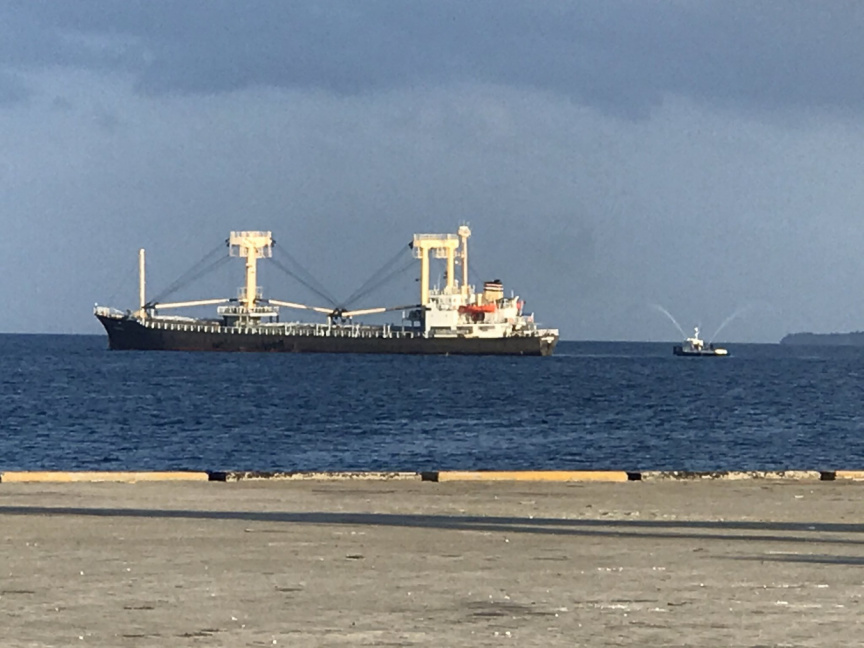 The cargo boat, which is part of the government-initiated cargo operations between India’s Tuticorin and the Southern atolls of the Maldives, has docked at the island of G. Dh. Thinadhoo in its maiden voyage.

The boat named MSS Bonthi of the Maldives State Shipping (MSS), docked at the island of Thinadhoo yesterday with 400 tons of cargo.

MSS Managing Director Captain Abdulla Saeed said that this was the beginning of the operations and that the hope for the future was that operations would be carried out with full capacity of the boat.

He added that the operations would bring a lot of easements to southern businesses especially the youth businessmen.

He also noted that the operations would mean that employment opportunities would increase with the introduction of a national shipping line. Saeed added that the trips would take a total of 20 days and that cadets would be provided the opportunity to take part in officer training programs as much as available.