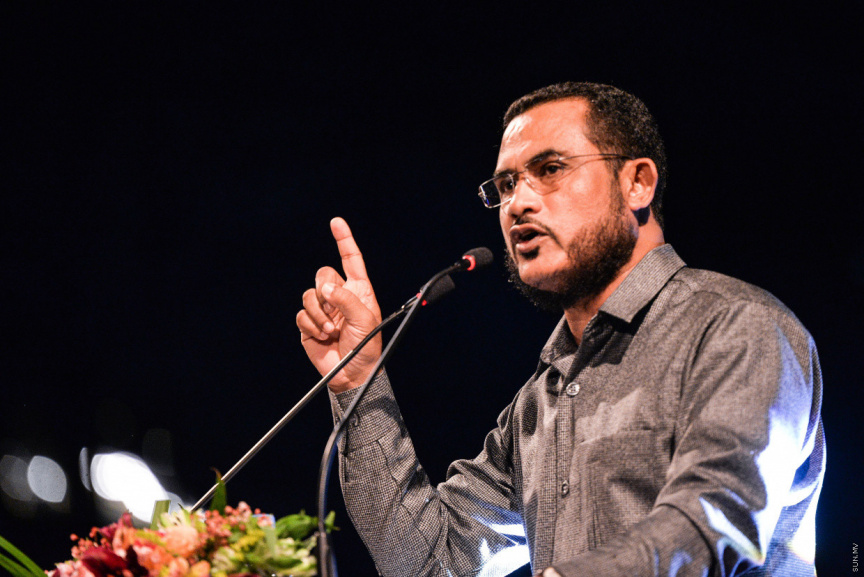 The Sri Lankan government policy mandates that the bodies of those who pass away from the virus are to be cremated, not buried, which goes against Islamic customs. The issue has caused discontent among the Muslim community of Sri Lanka and even seen protests.

The Sri Lankan government requested the Maldives to make burial arrangements for the bodies due to the difficulties faced in the nation. The government of Maldives is also looking to make arrangements currently.

Former President of the Maldives, Maumoon Abdul Gayoom has, however, disapproved of the move. In a tweet, he stated that he could not support the burial of Sri Lankan Muslim victims who fall to the virus.

Public opinion over the issue is also divided. Some are expressing support while others are fully against the move. Religious scholar, Dr. Mohamed Iyaz hailed the move of assistance by the Maldives to Sri Lankan Muslim brothers who are being ill-treated in a long running statement.

He reminded the public that God called on all Muslims to help and assist each other in their time of need. Dr. Iyaz also said that the decision was very much important in the maintaining of Islamic brotherhood. He also noted that charity is to be paid with the items that one is also in need of, and despite the fact that the Maldives has a shortage of land, it is an act of honorable morals to assist neighboring Sri Lanka when they needed the help of the Maldives. Dr. Iyaz said that people needed to learn to accept good deeds even if it comes from someone that they are not on good terms with. He also stated that the Maldives should assist Muslims everywhere around the globe and that it was a humanitarian act that the Maldives would be doing by arranging the burial of Sri Lankan virus victims. Dr. Iyaz went on to state that the move would also bring relief to the thousands of Maldivians living in Sri Lanka.

“If that was not arranged, Maldivians would also be cremated under the power of the Buddhists of Sri Lanka. Sri Lanka has land? Across the whole world, Muslims are being buried when they pass away from COVID-19. In Sri Lanka, Muslims are cremated because the Buddhists have power over the Muslims. Thank you, government of Maldives.” Said Dr. Iyaz.

Dr. Iyaz said that it was in the best interest to prevent the cremation of bodies by moving the bodies of the deceased from one location to another, even if the custom states that the dead are to be buried as soon as possible.

“The people of Ukhdood were also cursed because they burnt Muslims alive. And because it was forbidden. The best that can be done to forbid the cremation of Muslims, is by bringing their bodies to the Maldives and burying them according to the Shariah.” Said Dr. Iyaz.

Sheikh Ali Zaid also spoke in support of Dr. Iyaz and stated that it was a great happiness to assist the Muslims of Sri Lanka before noting that Muslims were one whole community.

“In my opinion, I think it is an obligation of the Maldives as an Islamic nation to assist Sri Lankan Muslims. We can’t leave them to be cremated when we can help. It is mandatory under the brotherhood of Islam, no doubt about it.” Said Sheikh Ali Zaid.

He also added that there was no cause of concern that the Maldives was extending a helping hand to another nation in need and said that he was surprised at the reasoning that there was no Shariah interest in the issue.

“I think that some of the opposition would point out the vileness of the government if they had not assisted the Muslims of Sri Lanka. That they didn’t help Muslims. Now that they are assisting, it is being disapproved. Surprised! I am calling to separate good and bad as soon as possible.” Said Sheikh Ali Zaid.

Islamic Minister Dr. Ahmed Zahir has stated that the burial arrangement of Sri Lankan Muslims in the Maldives was a good deed and an important one at that. Many scholars have also described the move which will go down as a benevolent page of the history books.