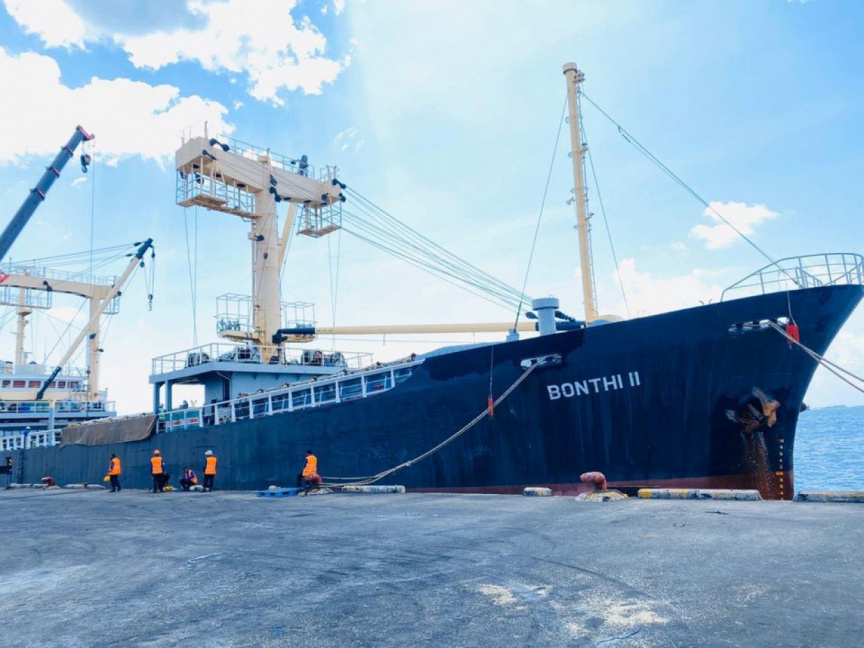 Cargo operations between Huvadhu, Addu Atoll and Tuticorin of India have officially commenced.

Maldives State Shipping (MSS) said that its boat 'MV Bonthi 2' had departed to Tuticorin on its maiden voyage and was scheduled to reach the port city of India by tomorrow evening. After departing from Tuticorin, the boat will then make its way to Addu City.

The operations are part of the series of such operations between Maldives and India including the operations commenced between Kochi, India, and Kulhudhuffushi city in northern Maldives

Cargo operations between Maldives and India were commenced only in September with Kulhudhuffushi-Kochi being the first route. The first shipment consisted of cement and other materials. The cargo boat operating the route unloaded in Kulhudhuffushi before traveling to port in Male’ City, the capital after which it then returns to India. Each trip takes a total of 10 days. A boat of the Shipping Corporation of India named “MCP” is used for the operations.