Fire breaks out in a boat in Thinadhoo, injuring 4 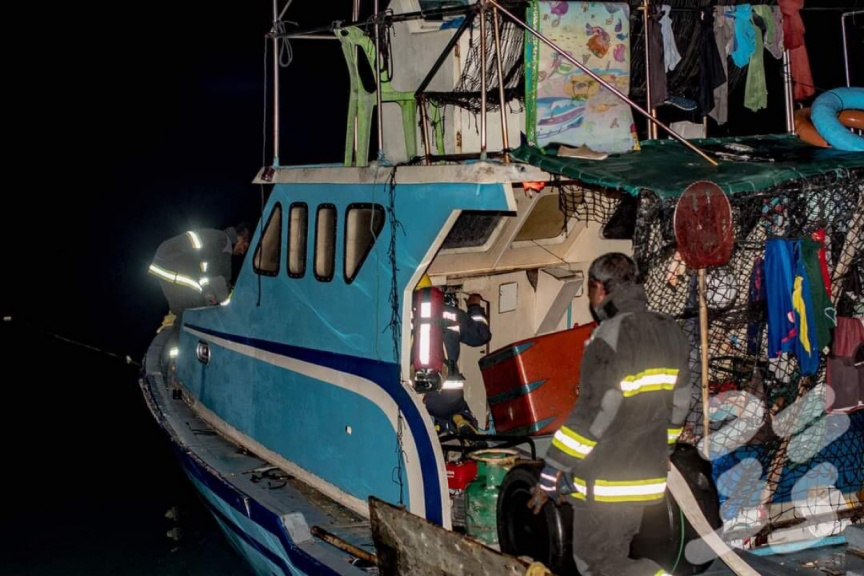 Firefighters attend to a fire that broke out on board the boat 'Raasthaa', docked in the lagoon of G. Dh. Thinadhoo on November 23, 2020. (Photo/MNDF)

Four people have sustained burn injuries in a fire that broke out onboard a boat docked in the lagoon on G. Dh. Thinadhoo.

Maldives National Defense Force (MNDF) said the fire broke out at approximately 00:34 am on Monday, on board the boat ‘Raasthaa’.

The fire was attended to by the firefighters at the fire station in Thinadhoo.

MNDF said the fire broke out due to a gas leak, and resulted in burn injuries to four people.

Thinadhoo hospital’s manager Ahmed Saeed told Sun the victims sustained varying degrees of burn injuries, and that some sustained burns on their face.

According to Ahmed Saeed, all four are being treated at the intensive care unit, and are in stable condition.

One of the victim’s sustained burns to 60 percent of his body. However, the injuries are not life-threatening, said Ahmed Saeed.