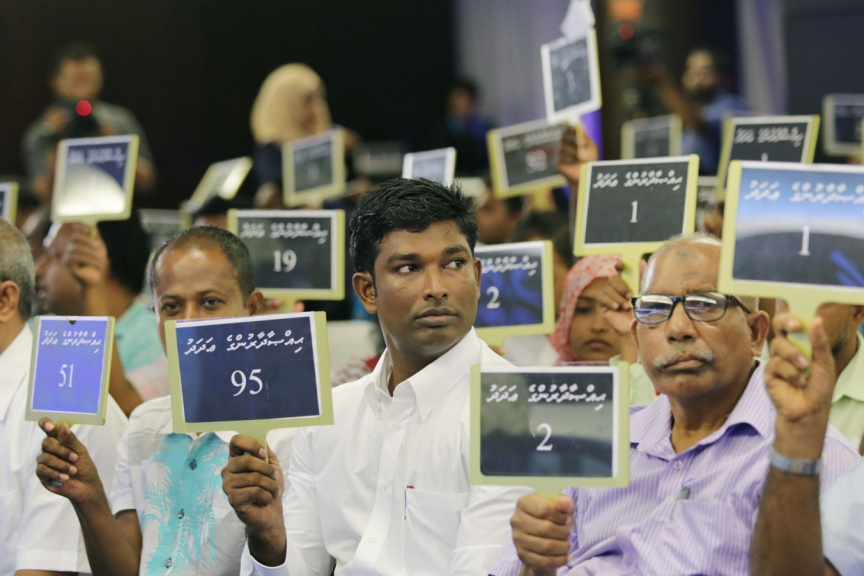 The privatization of state-owned companies to cover the budget deficit of the GDP of the nation has been included in the state budget for 2021.

Finance Minister Ibrahim Ameer presented the budget of MVR 34.79 billion to the parliament today which estimates that MVR 17.79 billion could be generated as aid income. This means that a deficit of MVR 15.50 billion would be left in turn.

This is equal to 23 percent of the GDP. Minister Ameer said that in order to cover the deficit foreign financing would be focused on.

The government’s mindset was on privatizing companies and reducing the involvement of the government for better operations and higher income.

“From state-owned companies, the biggest dividends to the state are being received from companies with shares in the private sector and those listed on the stock market. So, it is important for the future to guide the companies in this direction.” Said Minister Ameer.

The Minister said that a plan for privatization as well as finding strategic partners and listing these companies were included in the budget plan. Under this plan, MVR 462.6 million could be generated as income.

Similar plans were rolled out for the privatization of companies during the administration of former President Mohamed Nasheed. Under the budget presented today, it is estimated that the state could gain MVR 1.22 billion as income next year.