Azim announces MDP parliamentary group will not back Imran’s impeachment 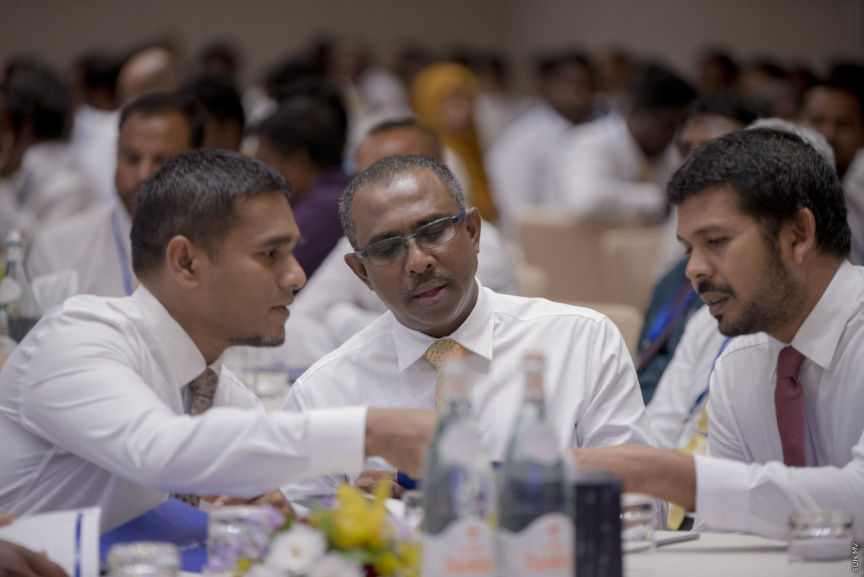 Maldivian Democratic Party (MDP) parliamentary group leader, Central Henveiru MP Ali Azim has announced parliamentarians from the main ruling party, who hold the supermajority of seats, will not support the no-confidence motion which has been submitted to the Parliament against Home Minister Imran Abdulla.

The opposition coalition composed of Progressive Party of Maldives (PPM) and People’s National Congress (PNC) submitted a no-confidence motion against Imran, signed by 11 parliamentarians, on Monday.

The no-confidence motion was announced at the parliamentary sitting on Tuesday morning, and drew immediate rebuke from Ali Azim.

He described the motion as “an empty fishhook”.

He said the opposition should not expect MDP to get caught on empty fishhooks every time there’s a difference of opinion within the party.

“You should not believe you can execute things with this empty fishhook  mentality, that we can get caught on an empty fishhook every time there’s a difference of opinion, or hope we will act in violation of our agenda within the Parliament,” said Ali Azim, in an indirect expression of lack of support for the no-confidence motion from MDP.

Ali Azim said that MDP approaches everything with a specific agenda, and will not act in contravention of the agenda.

He said that MDP is part of the current administration, and has full confidence in President Ibrahim Mohamed Solih and his administration.

“I say this to our rivals who are trying to portray a lack of confidence between us and this administration, your numbers show when you try to submit motions to the Parliament. I therefore call on our rivals not to pursue it,” said Ali Azim.

After Ali Azim finished his remarks, Parliament Speaker, former President Mohamed Nasheed said that the Parliament will issue a 14-day notice to Imran before scheduling the motion as required under the Constitution.

He said he will schedule the motion once the notice period expires.

The no-confidence motion follows recent remarks trivializing the sexual assault of a woman that took place on a safari boat off suburban Hulhumale’ in June, and the allegation he provided false information to the Parliament.