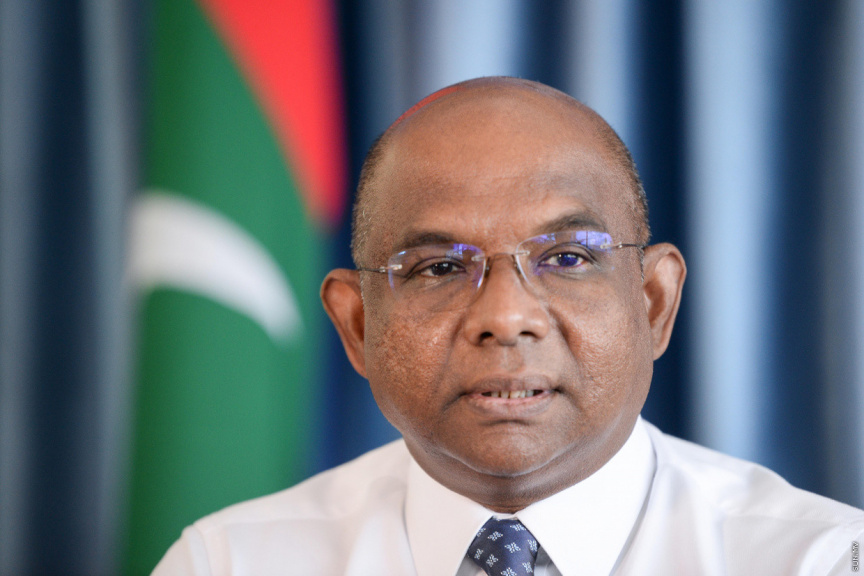 The #IndiaOut campaign, backed by the opposition, has gathered fuel in Maldives in recent months. According to opposition politicians, the purpose of the campaign is to expel Indian military presence from Maldives. To protect Maldives from India’s influence and defend its independence and sovereignty. Maldives’ top government officials have remained silent over this campaign, which targets the country’s closest bilateral partner, until now.

In an exclusive interview to Sun, Maldivian Foreign Minister Abdulla Shahid expressed his stand over the campaign. He expressed concern over the negative impact such campaigns may have over Maldives’ foreign relations.

According to Shahid, making enemies with any foreign country in an interconnected world is impractical. He said that the government’s foreign policy is to respect international principles and work together with all foreign countries for the benefit of Maldives.

Stating that Maldives historically furthered trade and military cooperation through foreign relations, Shahid said that the #IndiaOut campaign was a “desperate” attempt to fulfill a political purpose. He described it as an ill-intended movement which isn’t adorned by any color of patriotism.

“We haven’t reached the level to say India Out, US Out or Japan Out to any country. Maldives has far more special relations with countries for that. A friendly military exercise between Maldives and Japan was initiated the day before yesterday. So does this mean Japan Out?” he said.

“We have confidence that we can venture out into the international arena holding our national flag and protect the interests of this nation with pride.”

Shahid said that before calling “India Out”, people should first consider the benefits of the assistance from India. He asked whether those who support the campaign wish for Maldives to be denied the benefits.

Shahid also addressed the allegations the government is working to accommodate foreign military presence in Maldives.

Shahid said that there has been no foreign military station in Maldivian soil since the British left Gan, and that it remains unchanged.

But Maldives has always had military ties with foreign countries, and that it’s done in accordance with international protocols, he said.

He said that Maldives has military relations and exercises with the Unites States, India, Australia, Japan, and more.

“Every time a navy ship comes here, it isn’t to invade Maldives…. We engage in military relations with countries and make agreements for military exercises to be in a state of readiness. To improve confidence between militaries in countries. To reduce accidents. To be prepared,” he said.

Shahid provided assurance of the commitment of the President Ibrahim Mohamed Solih’s government towards the protection of Maldives’ independence and sovereignty, stating that the government “will not relinquish even a single grain of sand from Maldivian land to foreigners”

Shahid said that government’s foreign relations will not result in “even a single grain of sand from Maldivian land being relinquished to a foreigner”.  He said that President Ibrahim Mohamed Solih was far too wise, strategic, brave and strong-willed to have Maldives fall into the hands of an occupying power.

“We have far greater self-confidence. We have far greater confidence in ourselves than to hide ourselves away in fear and refrain from speaking to a foreigner, in our ability to secure benefits for the Maldivian people, the Maldives, and the State of Maldives through foreign relations. In our ability to protect the independence and sovereignty of Maldives.”