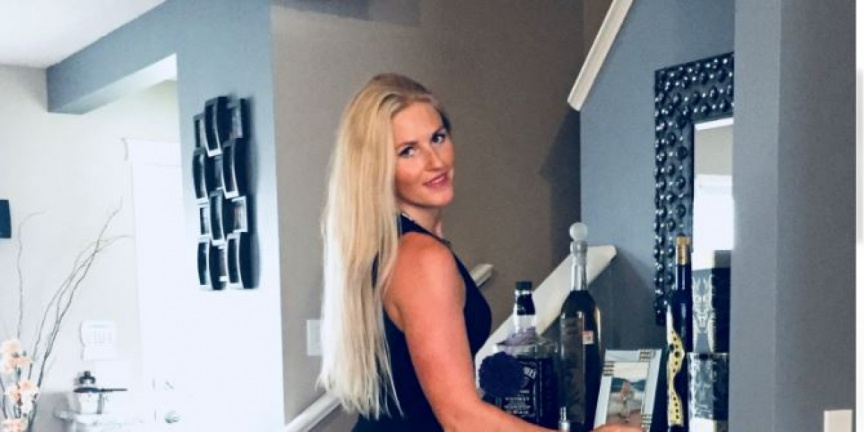 After two weeks of intense aerial, surface and underwater searches, authorities have still found no trace of Giedre Vaskyte, a 33-year-old Canadian tourist who went missing from the Intercontinental Maamunagau Resort in R. Atoll on February 13. She was reported missing by her husband, Parmar Gursharanjit Singh at around sunset. Giedre was eight-months pregnant when she went missing.

Drownings are not uncommon in Maldives, an island nation. However, Giedre’s husband believes she may have been kidnapped by pirates. He made the allegation in an interview to Dubai-based newspaper Khaleej Times.

While Maldives Police have launch an investigation into the case, they have ound no evidence to support she may have been kidnapped.

Maamunagau, where the Dubai-based couple had been vacationing in, does not wish to make an official comment. However, some of the senior officials at the resort spoke to Sun under the condition of anonymity. They said that a kidnapping of a tourist has never taken place in or around the island, nor sighting of pirates. They too said there is no evidence to support the husband’s allegation.

“I saw her that day. I even talked to her. I didn’t notice anything unusual. I saw the husband as well. And something like that [pirates conducting kidnappings] has never taken place in this region,” said a senior official from the resort.

Giedre went swimming in the lagoon in late afternoon.

The lighthouse is located in the southern end of the island.

One resort official told Sun that though the area is frequented by snorkelers, it sometimes has a strong current.

“There’s a strong current in the area. If you get caught in the current, you may get pulled all the way out of this atoll. Some reported she went snorkeling. But that’s not what happened. Its likely she just went into the water, because she did not take any equipment with her,” said the official.

Singh reported the case to Meedhoo Police Station the day after his wife went missing.

However, if Giedre had been kidnapped, wouldn’t the kidnappers have contacted the family for ransom?

The family is offering a USD 100,000 reward for anyone with information regarding Giedre.

Two weeks into her disappearance, police and Coastguard continue to search for her. And her family waits desperately for news.

Family of woman arrested in India denies link to drugs