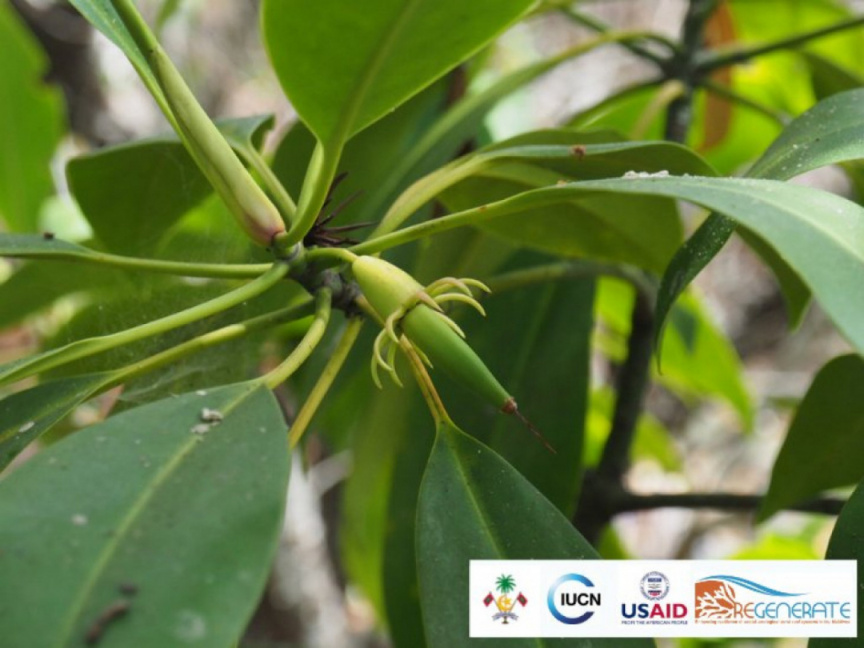 A rare and critically endangered mangrove species, bruguiera hainesii, discovered in Maldives earlier this year, has been named locally as ‘Kelavaki’.

Bruguiera hainesii is one of the two critically endangered mangrove species listed in the IUCN Red List of Threatened Species.

It was discovered in Maldives during an ecological survey of the mangrove forest of H. A. Kelaa in March.

Environment Ministry has announced that the Dhivehi Bahuge Academy has decided to name the species locally as ‘Kelavaki’ – in a nod towards the island from which it was discovered.

Four mangrove trees of the bruguiera hainesii species were discovered during the survey in Kelaa, which was conducted in collaboration with International Union for Conservation of Nature (IUCN) Maldives under the USAID-funded Regenerate Project run by the Maldivian government to collect data on protected sites.

The trees were identified by IUCN Mangrove Specialist Group and MSG Red List Coordinator, Dr. Jean Yong, based on the data collected during the survey.

According to a global survey in 2010, the world had just 200 fully grown trees of the species, and was drawing rapidly close to extinction.

According to a global survey in 2010, the world had just 200 fully grown trees of the species, and was drawing rapidly close to extinction.

Environment Ministry described the discovery of the rare mangrove species in Kelaa as an additional feature which makes the island unique.

Maldives had previously recorded 14 species on mangroves, and the discovery of the rare bruguiera hainesii species increases the number of mangrove species recorded in Maldives to 15.