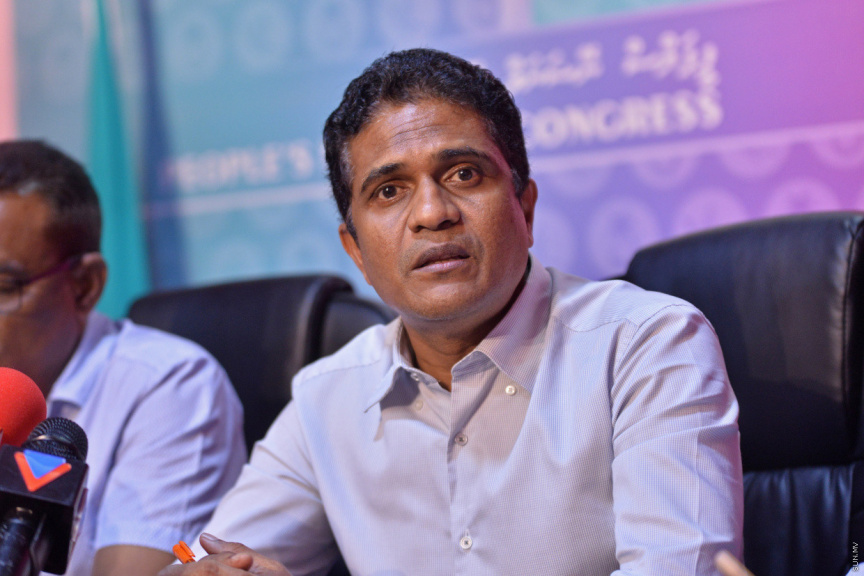 Former Vilimale’ MP Ahmed Nihan Hussain Manik has been questioned by the Corruption and Asset Recovery Commission for the investigation into the MMPRC corruption and money laundering case.

Nihan had been the leader of the parliamentary group of Progressive Party of Maldives (PPM), which had enjoyed a supermajority at the Parliament during the administration of former Maldivian President Abdulla Yameen Abdul Gayoom.

Corruption and Asset Recovery Commission’s President Ahmed Assad confirmed Nihan was summoned by the commission, but declined to disclose details.

Nihan left PPM following the parliamentary election defeat in 2019 and joined Jumhoory Party (JP), a part of the government coalition.

An estimated MVR 3.4 billion was embezzled in the MMPRC scandal. Some of the embezzled funds are alleged to have gone to both former and incumbent parliamentarians, judges and government ministers.

However, only two people have been convicted in connection to the case so far; former President Yameen and former Vice President Ahmed Adeeb Abdul Gafoor.

Adeeb told the Criminal Court that the corruption had been an organized scheme run by the previous government, and that the embezzled funds were used to influence independent institutions, the judiciary, and the parliament.

He said that there isn’t a single political party in Maldives that hadn’t benefited from embezzled funds.