US Secretary of State Pompeo to visit Maldives on Oct. 28 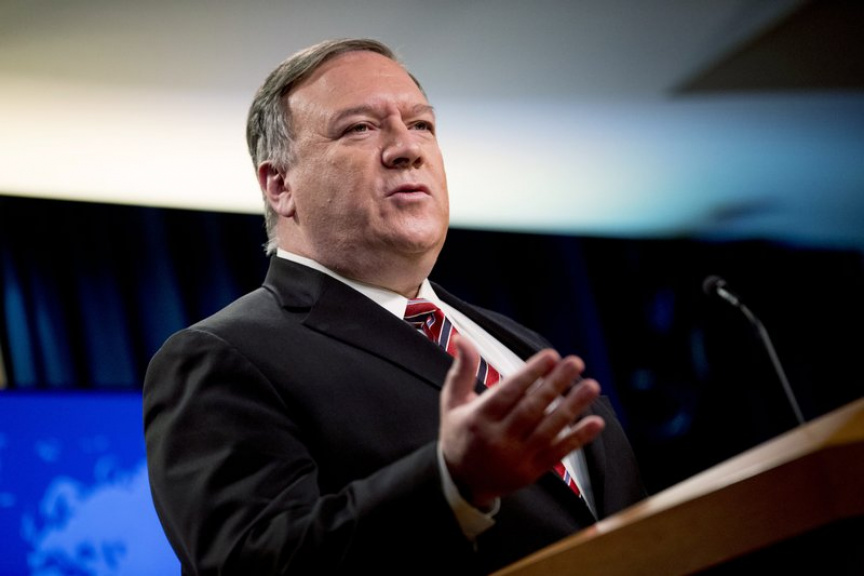 In this April 29, 2020, file photo Secretary of State Mike Pompeo speaks at a news conference at the State Department in Washington. (AP Photo/Andrew Harnik, File)

The Secretary of State of the United States, Mike Pompeo is scheduled to make an official visit to Maldives on October 28.

The announcement was made by the Maldivian Foreign Affairs Ministry in a statement on Wednesday evening.

According to the Foreign Affairs Ministry, Pompeo is scheduled to pay a courtesy call of Maldivian President Ibrahim Mohamed Solih.

The talks will focus on the global response to the ongoing COVID-19 pandemic as well as ongoing and future collaborations between Maldives and the US, said the Foreign Affairs Ministry.

Shahid had travelled to Washington to meet with Pompeo on February 19, 2019, in response to an invitation extended to him by Pompeo.

Pompeo’s upcoming visit is the highest-level visit by a US government official to Maldives, since the visit of US Secretary of State James Addison Baker III back on July 24, 1992.

US Secretary of State in Maldives on official visit