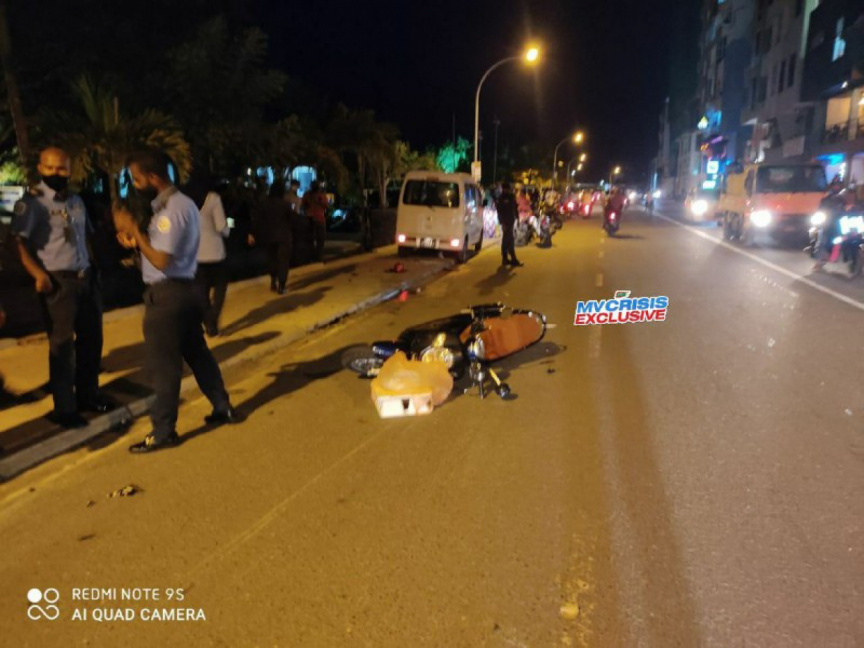 Two people have been injured in a collision between a van and a motorcycle in the Artificial Beach area of Male’.

According to a police spokesperson, the accident took place at approximately 06:08 pm on Wednesday, and involves a van that crashed into a motorcycle from behind on Boduthakurufaanu Magu.

There were two people on the motorcycle, both of whom sustained injuries and have been taken to the hospital.

According to the spokesperson, one of them, a woman who was in the backseat of the motorcycle, is reported to be in serious condition.